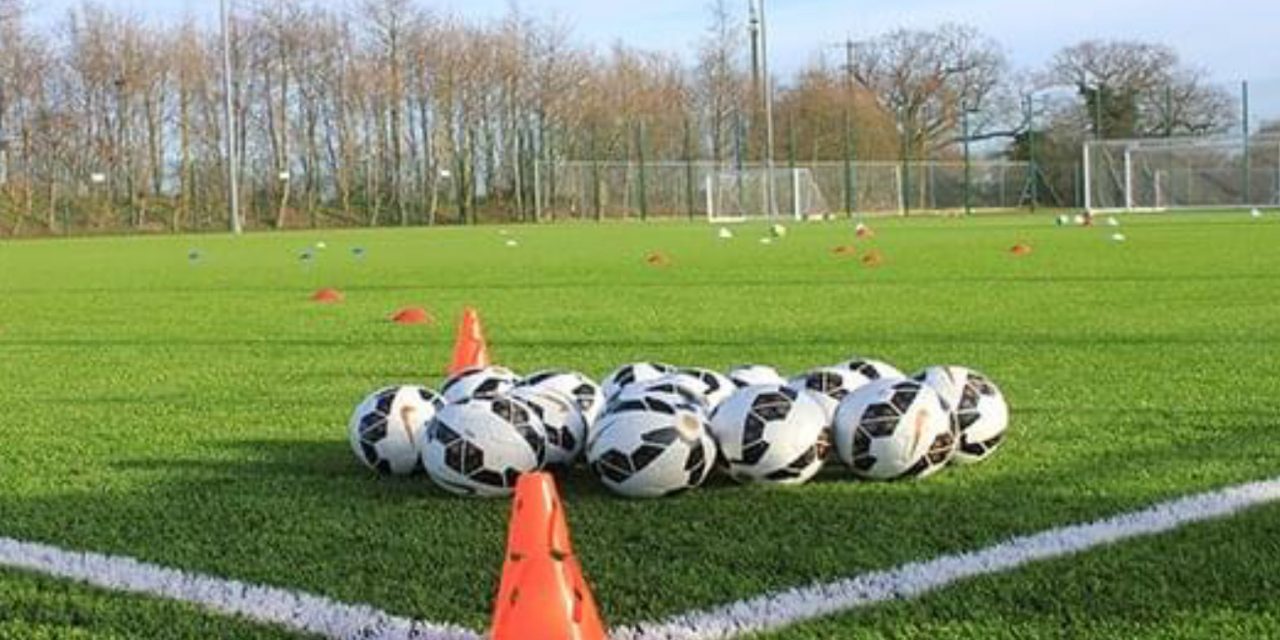 An under-strength Holmbridge side just lost to Linthwaite 4-3 despite goals from Allen, Carr and Langfield. Boafo and Beaumont both scored two each for Linthwaite. Holme Valley Academicals lost 6-2 at home to Junction whilst Kirkheaton with goals from Buchanon, Askin and Goddard beat Slaithwaite United 3-0.

At Cross Lane, Skelmanthorpe entertained Scholes and the points were shared in a 4-4 draw. Hawkins (two), Morgan and Davies-Mosley were on the mark for Skelmanthorpe and Saville and McLoughlin scored a brace each for Scholes.

Hussain, Stott and Webster scored for Deighton in their 3-0 win over Scissett to keep them top of their group and Laund Hill also stay top of their group with goals from Dunne, Jones, Hemingway and Fitzpatrick in their 4-2 win over Cartworth Moor. Felix Beaumont scored both goals for the Moor.

Kieron Mayall scored a hattrick for Grange Moor Saints to send them top of their group in their 3-0 win over Mount whilst Hade Edge lost at home to Brook Motors 4-2. Scorers for Brooks were Haigh, Thirkill, Turner and Nicoara. Kexborough Chiefs lost 4-1 at home to Brighouse Athletic whose scorers were Birro (two), Marsden and Hoyle.

Kirkburton travelled to Marsden and came away with the points thanks to a hattrick from Matt Willans in a 3-0 win. Meltham went top of their group with a narrow 2-1 win over Saddleworth United. Ellis-Pownall and Kelly scoring for Meltham and Webster scoring for Saddleworth.

In Richardson Cup group games, hattricks from Pyke and Shaw were the highlight of Deighton’s 8-0 win away at Scissett Reserves with further goals from Cardie and Simpson. Berry Brow Reserves completely outplayed an understrength Holme Valley Academicals to record a 10-0 victory.

Britannia A just beat neighbours AFC Lindley 2-1 whilst Britannia reserves also recorded a 2-1 win over Diggle Reserves. Brook Motors and Meltham shared the points in a 1-1 draw. Scholes Reserves travelled to Junction and came away with the points in a 3-2 win. Chris Blakely hit a hattrick to send Linthwaite top of their group in their 3-0 win over Fothergill & Whittles.

Grange Moor Saints went joint top of their group in the Gee Cup with a narrow 1-0 win away at Cartworth Moor and a Howland hattrick helped Linthwaite A go top of their group in a 4-0 win over Flockton Reserves. Skelmanthorpe went to Hade Edge A and came away with the points with goals from Hall (two) and Short in a 3-0 win whilst Hade Edge reserves with goals from Illingworth (two), Riley, Grayson and Hancock won 5-2 away at Mount. Drake and Richardson scoring for Mount.

Scholes A won the battle of the “A” teams beating Fothergill and Whittles A, 3-0. Wooldale Wanderers easily beat an inexperienced Brook Motors Development 10-3 while Netherton A just beat Scissett Development 3-2. 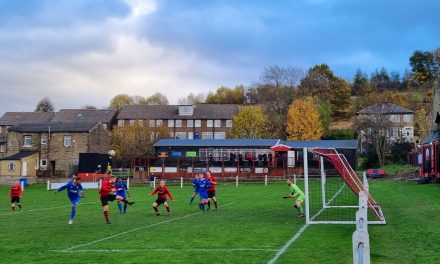 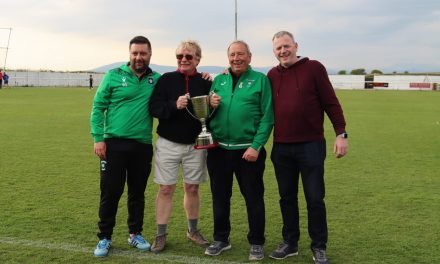 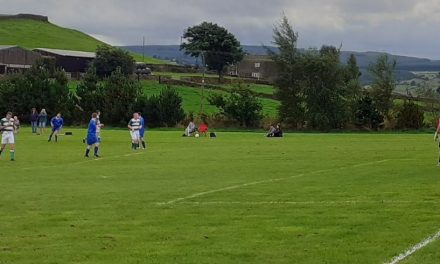