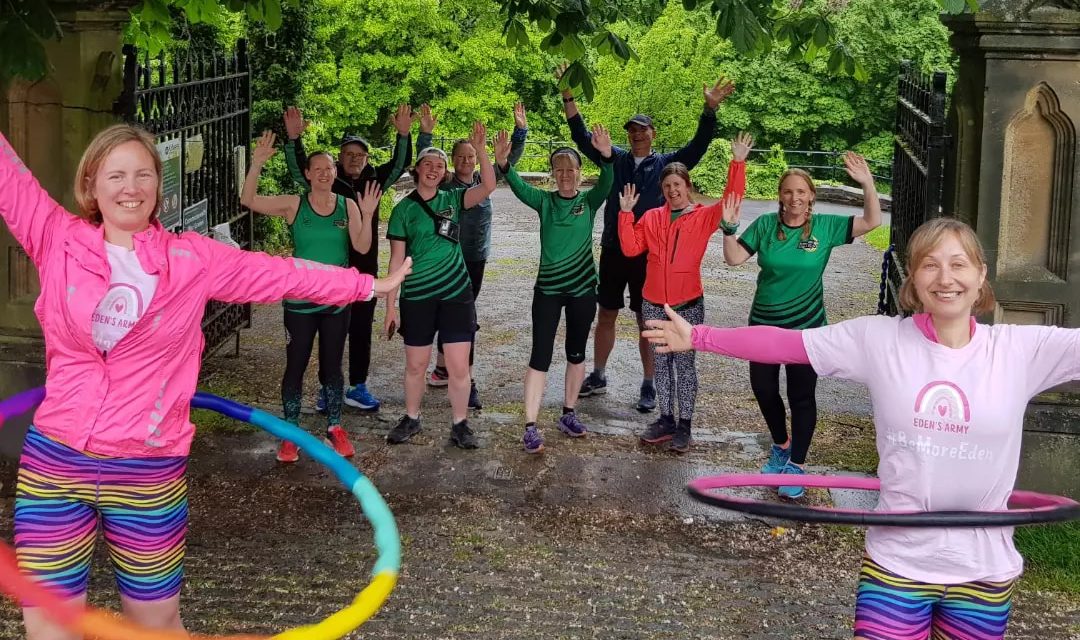 A gym has already smashed its £50,000 fundraising target for the Eden Smith appeal … and is still going strong with fundraising planned for the other side of the world.

Kev Bower, owner of Northern Fitness Gym in Linthwaite, asked 100 members to raise £500 each for the appeal to help seven-year-old Eden from Holmfirth who has a rare form of cancer and needs life-saving treatment in the USA.

They responded magnificently and two of them have just completed a bizarre challenge to raise £1,000.

Slaithwaite mums Michelle Smith and Elizabeth Parr have been hula hooping while running along Manchester Road for most of this year to raise the money.

Five members from the gym are to cover 315 miles on foot in just 13 days – on the other side of the world.

They are jetting to Fiji in the South Pacific Ocean and will run and speed walk round the entire island famous for its volcanic mountains and dense tropical forest, covering the equivalent of a marathon every day in searing heat.

The team members are Kev, Michelle Anderson, Ryan Whitaker, Craig Lee and Brent Lee, supported by gym members Vikki Whitaker and Adam Peel who will be driving a hired van and making sure the team has the medical and logistical support it needs. All seven have self-funded the £2,500 cost per person.

The group is flying to Fiji today (Tuesday, May 24), will begin the challenge on Friday (May 27) and finish it on June 10 before flying home the next day.

Kev said: “With the Fiji trip and one or two other significant contributions also expected, raising more than £65,000 is now very realistic. The Northern Fitness Gym members have pulled together in a way that makes everyone incredibly proud to be part of this community gym.”

Eden, of Wooldale, was diagnosed with high-risk neuroblastoma in April 2021, a rare and aggressive childhood cancer that has a 40% to 50% chance of long-term survival at diagnosis and affects fewer than 100 children in the UK every year. Scans and tests showed the cancer was located in seven places around Eden’s body.

She has completed gruelling chemotherapy, undergone a major operation and had stem cell treatment with radiotherapy. Eden’s immunotherapy treatment began on May 16 and she is now in Leeds General Infirmary as the in-hospital treatment lasts for 10 days.

To prevent the cancer returning, Eden will then need Bivalent Vaccine treatment which is now only available at the Memorial Sloan Kettering Cancer Centre in New York. The earliest Eden could go would be this summer.

The fund has now topped the £430,000 mark but will continue as Eden may have to make a dozen trips to the USA for specialist treatment over the coming years.

If anything is left over after Eden has completed her cancer treatment it will be donated to another good cause.

Michelle, meanwhile, has spoken about doing the power hooping along Manchester Road.

The 40-year-old used to teach powerhooping as a fitness technique in the Colne Valley using a specially weighted hula hoop to tone the body.

Elizabeth, 42, was one of her students and they came up with the idea to run while hooping the 100 miles at the rate of around 5 miles per week. They have been running from Slaithwaite to Marsden, usually early on a Sunday morning and sometimes around Hill Top in Slaithwaite on Tuesday evenings.

Michelle said: “It’s taken us 18 weeks to complete the challenge and people have been marvellous, beeping their horns in support as they’ve driven past. People have even stopped us to ask what we were doing and why and have been really interested to find out.

“One man who lives on Manchester Road stopped us in Slaithwaite one day and told us he knew when we were out hooping as he could hear the car horns beeping.”

Both Michelle and Elizabeth run with Slaithwaite Striders running club and a few members joined them on their final run to complete the 100 miles.

If anyone wants to make a donation towards Michelle and Elizabeth’s supreme efforts  in what they’re doing go to https://www.solvingkidscancer.org.uk/fundraisers/northern-fitness-gym-group-

Please then type HOOPING so it’s clear the donation is for Michelle and Elizabeth’s fundraising.

Support any of the Northern Fitness Gym team doing the fundraising by sponsoring them, organise your own fundraising or simply donate by text by tapping in EDENS followed by any whole amount up to £20 to 70085. It won’t matter if you leave a space before the number, if you include the pound sign or whether you use upper or lower case. 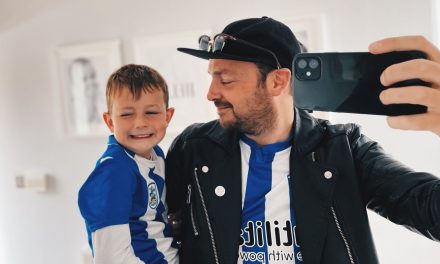 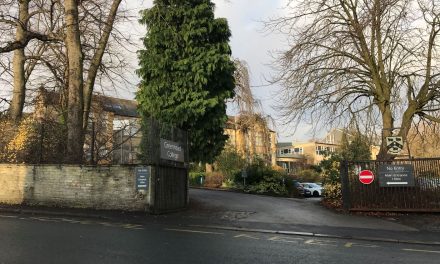 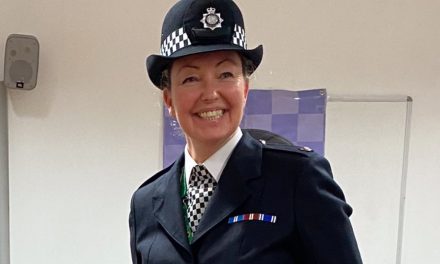 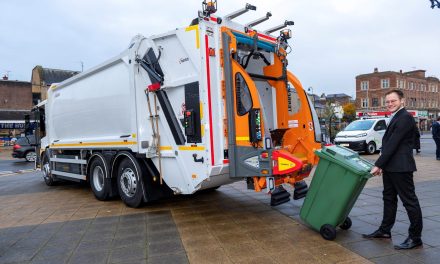 Bin crews in Kirklees empty a staggering nine million bins a year and collect 99.7% of them on time