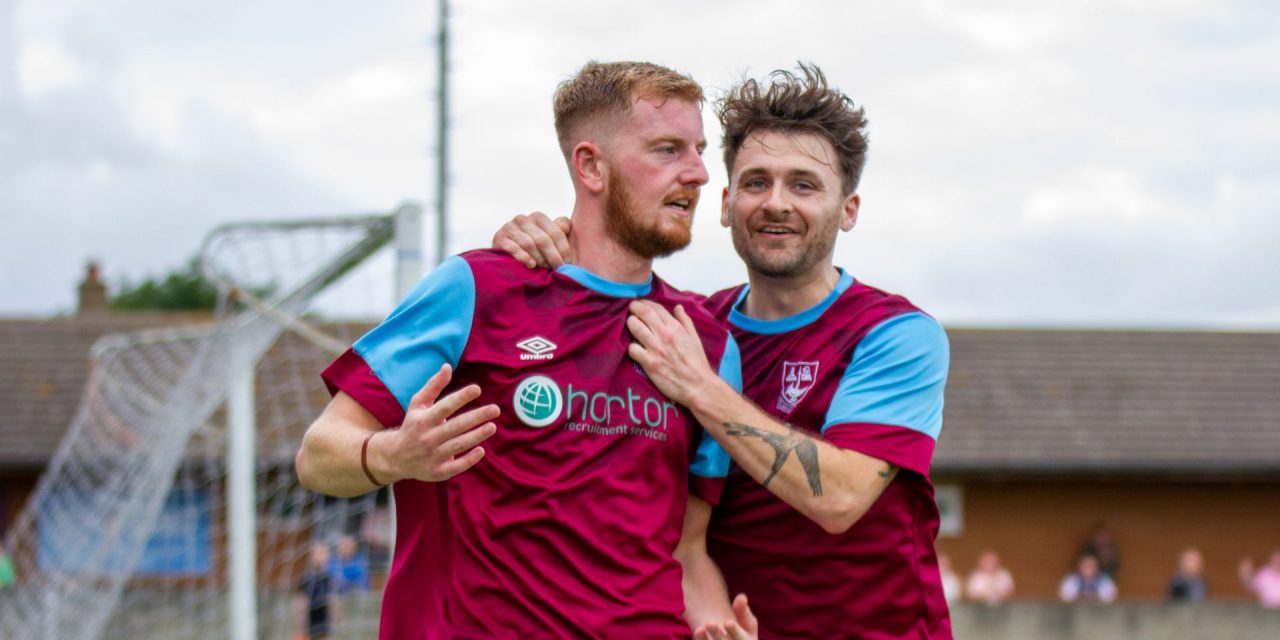 Emley are through to the first round of the Buildbase FA Vase for the first time in four years after a dramatic, incident packed, penalty shoot out win against Chadderton in the second qualifying round.

Despite the visitors having their goalkeeper sent off and also another man sin-binned for 10 minutes, Emley couldn’t break their resistance until a late goal looked to have won the game for the Pewits, however Chadderton had other ideas.

After a slow first 20 minutes Chadderton looked the slightly better side. Emley then started to get going, playing towards the Warburton end the Pewits created a few half chances.

Then in the 21st minute Chadderton goalkeeper Harry Fleet was shown red. He sent Emley’s James Eyles tumbling with a tackle outside the area.

The free-kick was awarded just outside the box, Matt Sykes struck it, but it bounced up off the wall and Eyles was then very unfortunate to see a great overhead kick go wide.

Both sides continued to have chances for the rest of the half but it remained goalless at half-time.

Emley started the second half strongly but the 10 men were more than holding their own and Emley were getting frustrated, Chadderton were on top now and were winning niggly fouls which was breaking up the play.

Then, another major incident, and possibly the luck the Pewits needed, a great through ball by Chadderton saw Sam Kelly rush off his line to deal with the danger. He wasn’t happy with the challenge of the Chaddy player, the ref agreed, free kick to Emley, Chadderton’s No9 was less than impressed and after a volley of verbals, the ref sent him to the sin bin for 10 minutes.

The game ebbed and flowed but again Emley struggled to find the net.

Then came the biggest talking point in the game in the 80th minute. There was good build up play through midfield from Emley, Ryan John burst into the box and was sent crashing down, penalty? No! The officials decided the contact was outside the area.

To the frustration of Emley players and supporters, the resulting free kick went wide as the crowd were still debating the incident and questioning the decision.

However, that would all soon be forgotten a few minutes later as the Pewits finally found their breakthrough, a good burst into the area by sub Hayden Webster who did superbly well to keep the ball in, then beat a defender, then tee up George Doyle, who calmly stepped inside a defender and put the ball into a jubilant shed end net.

However that wasn’t the end of the drama, Chadderton launched one last desperate attack and with the Emley defence breached there was a desperate attempt to clear the danger, which resulted in a sprawl of green as the Chadderton player went down, the ref pointed to the spot, penalty! It was duly dispatched and Emley hearts were broken.

The full time whistle sounded and it was down to penalties, whose nerve would hold?

The Warburton end would play host to this particular lottery, it all went the way of the takers with fine examples of spot kick taking, it got to 5-4 and Matt Sykes stepped up to keep Emley’s hopes alive, he buried it, 5-5, sudden death.

Chadderton hit the post with their 6th penalty and up stepped Hayden Webster to send Emley through as the youngster steered the ball calmly past the Chadderton keeper to scenes of joy around the Fantastic Media Welfare Ground.

Here is a gallery of pictures by Emley photographer Mark Parsons. 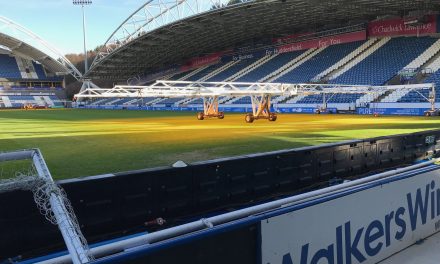 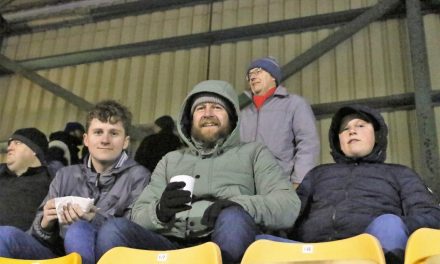 Fan Gallery – Flasks, fedoras, woolly hats and hot drinks were the order of the night as Emley thrashed Knaresborough 4-0 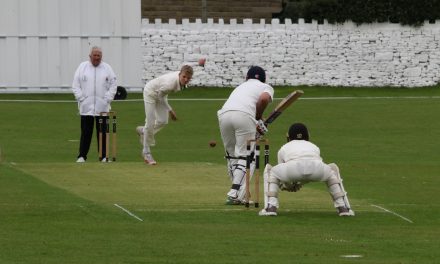 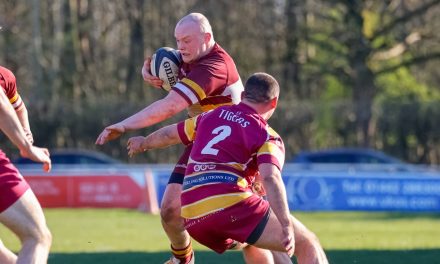