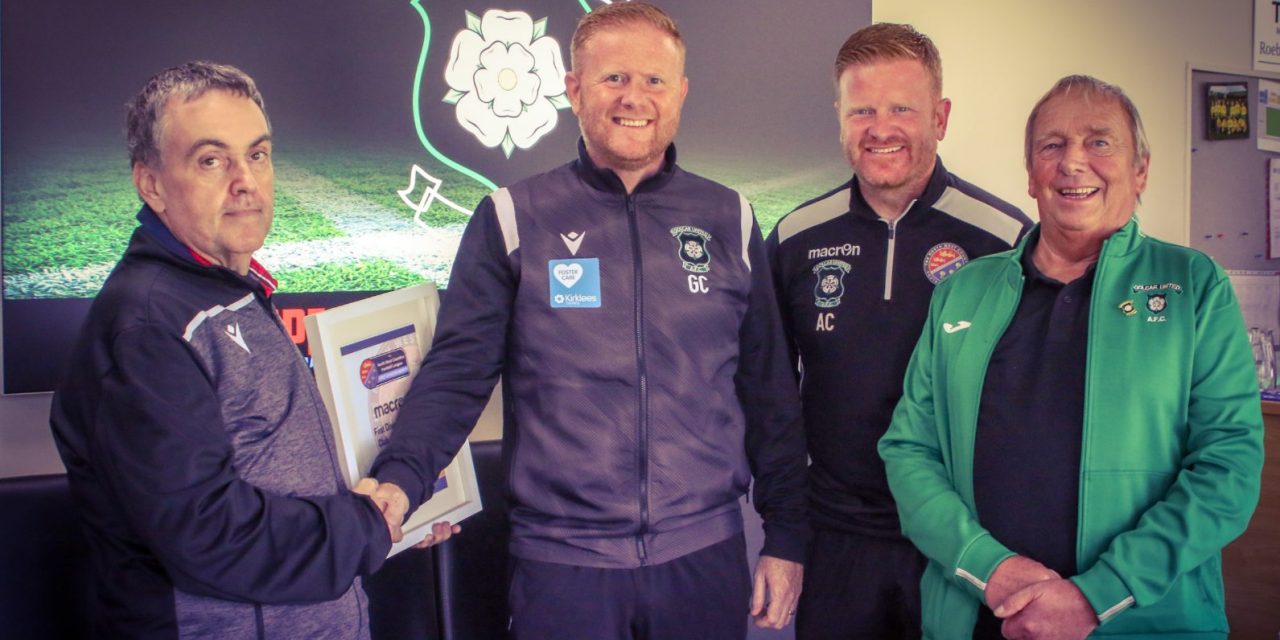 Top scorer Ash Flynn and joint managers Ash and Gav Connor received the Player of the Month and Club of the Month awards for August as Golcar United created history in the FA Vase.

Flynn, who picked up the August award with an incredible scoring streak, currently tops the division’s goalscoring charts with 15 goals. He also scored on Saturday as Golcar beat Wythenshawe Amateurs 4-0 in the FA Vase second qualifying round.

The victory made history for Golcar as the club reached the first round proper for the first time. It’s only the second time United’s management duo have reached this stage of the competition since retiring as players, the first being with Northwich Victoria.

Ash said: “It’s brilliant we have achieved this moment. That is what it was all about at the start of the day. We wanted to make sure we were in that first round proper and now we are.

“It is a big moment for the club. We always like to look forward but it’s important to remember where we have come from. I thought the performance was brilliant.”

Ash knew it was going to be a stiff test as the Amateurs had won their previous two games 6-0 each.

He said: “We knew they had some fire power in attack. They’d scored 12 goals in their previous two fixtures. We started that fast though. It was unbelievable really and I think we shocked them. They are a good side, we just were very good on the day.”

READ MORE: Golcar United have progressed in the FA Vase but are flying in the league too

One player who really did impress in the match was Ben Burnett who grabbed a brace on the day. Ash praised the striker insisting all his hard work has paid off.

“Ben is a good lad and has been with us a while. He has played a big part in where we have got to as a club. I was delighted he got two goals, he deserved them for the effort he put in.”

United got off to the perfect start and were 1-0 up inside a minute when Nick Crane latched on to a deep free-kick.

United were 2-0 up just eight minutes later when Burnett grabbed his first, tapping the ball home from a cross into the box.

Burnett got his second of the day after finishing off a well-worked United move from the left hand side in the 53rd minute. Flynn made it 4-0 in the 88th minute when he steered home into the bottom corner.

Golcar will find out their next opponents in the FA Vase on Monday at 1pm.

Take a look at a gallery of images by Huddersfield Hub photographer Sean Doyle. 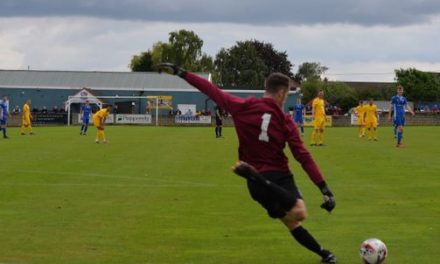 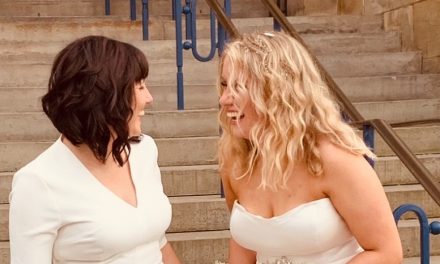 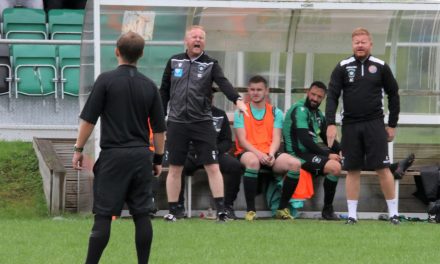