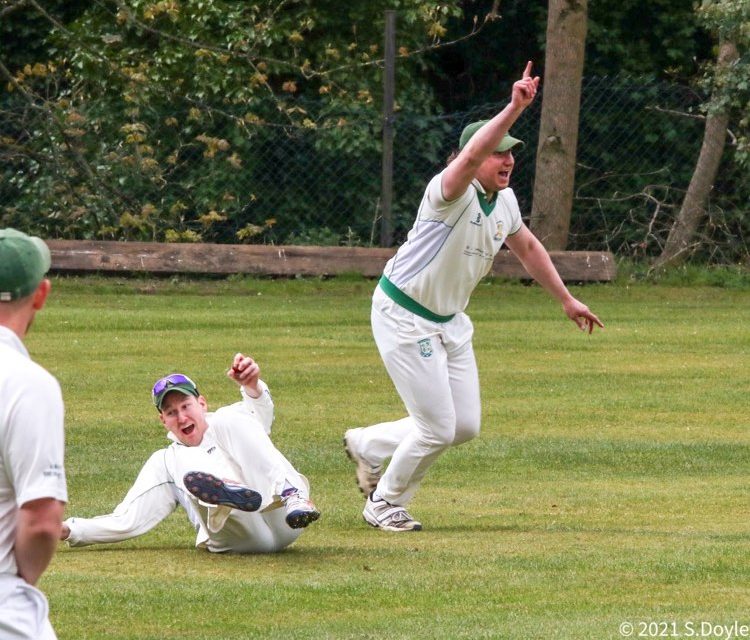 The first big examination of Almondbury Wesleyans’ promotion credentials was given by Denby who couldn’t interrupt the excellent start to the season for Will Binns’ men.

Skelmanthorpe and Holmfirth both kept tabs on the Jedi Championship leaders, as did Shelley with them all picking up second victories of 2021. Lascelles Hall bemoaned a middle order collapse as Meltham ran out easy winners.

Rastrick got their first win over Clayton West which leaves Thurstonland and Elland as the only teams yet to experience a winning feeling.

Two unbeaten sides clashed at Denby with visitors Almondbury Wesleyans taking the six points in their quest for an immediate return to the Premiership.

It wasn’t all plain sailing for Wes however. Archie Greaves made his first big impression with the bat as the all-rounder made 85 in a Denby total of 182ao.

Will Binns welcomed the vastly experienced Paul Winrow to the first team but he wasn’t able to resist Denby threatening to get on top as the visitors felt turbulence at 95-5.

It was left to No6 Danny Moorhouse (40) and No8 Bryn Jenkins (26) to provide the steel needed as the Wesleyans emerged easy enough winners in the end with 185-7 (33 overs).

Matt Gummerson enjoyed a fruitful afternoon with the bat as Holmfirth overwhelmed visitors Thurstonland leaving them at the foot of the table.

The big man helped himself to a run-a-ball 90 to leave the visitors searching elsewhere for their first ever Championship win. Josh Booth (56) was a positive influence however with Thurstonland batting the 40 overs for 181-8 with Maaiz Khan (5-30) returning his best ever figures for Holmfirth.

Winning the two disciplines is going to be crucial for Thurstonland and they were second best here after Gummerson controlled the hosts’ reply as they hit back with 182-3 after 32 overs.

It’s been four and five years since two of the leagues more decorated teams in Skelmanthorpe and Elland graced the top flight as they both met at Lidgett Lane. On this showing, Skelmanthorpe looked the most likely of them to return next season as they overhauled Elland’s probing first innings score of 188ao with relative ease.

Elland have yet to win having tied the opening match and lost two and they’ll need to raise their game somewhat after they were unable to take big wickets. Paul Cummins did the damage in both innings by first taking 5-52 – his 11th wicket of the season – before notching 64 with the bat.

The evergreen Ryan Robinson added a gloss finish against the side he spent six successful seasons with between 2005 and 2010. The hosts reply was 194-2 with five overs left.

Marsden’s rollercoaster season received another gear shift after they were soundly beaten at Shelley. The home side piled on the runs centring on wicketkeeper Harvey Jones (90) before Martin Sykes smashed a quick 80 from 42 balls to set 285-3.

It was a total Marsden were unable to pick any consolation points from as the opposing wicketkeeper Matty Butters matched Jones’ score of 90 but didn’t have someone as cavalier as Sykes within their ranks to draw close.

They did make a game of it after slumping to 27-4 before recovering gamely to finish on 208-6.

Rastrick Off The Mark Thanks To Khan’s Fifty

Majid Khan struck a half-century to spearhead Rastrick’s successful bid for a first win of the season as they cruised past visiting Clayton West.

Captain for the away side Alex Clegg managed 32 but it was a poor effort by the rest as they were eventually dismissed for 128ao after losing the first four wickets for only 28 runs.

Rastrick demonstrated how to set the robust platform after putting on 67 runs for their first wicket with Majid Khan (56) finishing the job in Rastrick’s 130-7 reply. Clayton West at least snatching a point to take home.

Visiting Lascelles Hall were pestered by former Birkby Rose Hill man Khuram Sajid on their visit to Meltham in a convincing defeat on the road. Sajid (4-35) was the chief tormentor as Lascelles Hall struggled for momentum slipping from 109-4 to 125-8.

They recovered slightly to 160ao but two half-centuries for the hosts showed that it wasn’t enough. Ibrar Hussain (50no) and Jack Moulson (51) combined effectively to claim Meltham’s second victory of the season and move to joint second in the table. 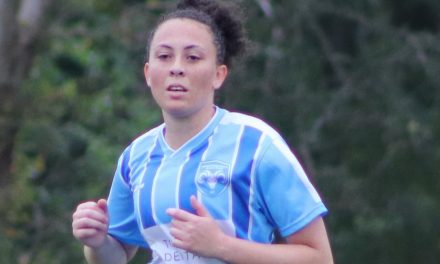 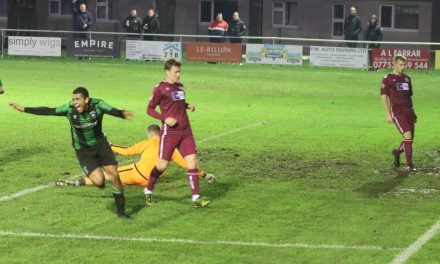 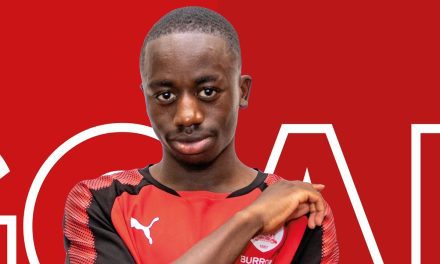