Golcar United’s Dan Naidole on signing a new deal at the club, the departure of Ash Flynn and his excitement at new partnership with 30-goal striker Kayle Price 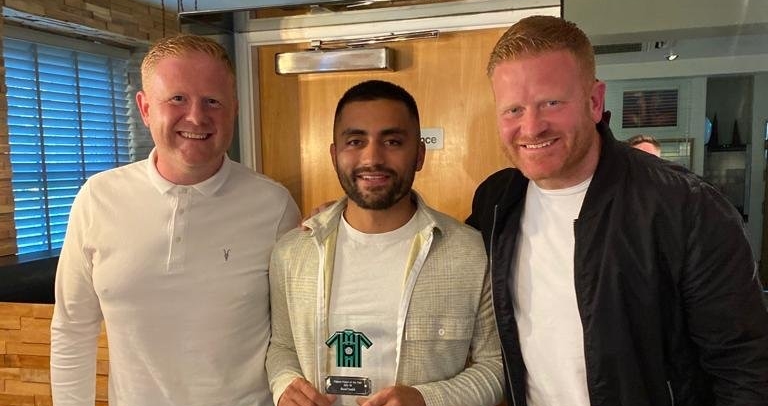 Golcar United’s Players’ Player of the Year Dan Naidole has spoken of his delight at signing a new contract to remain at the club for next season.

Attacking midfielder Naidole, 31, who scored 25 goals as the Weavers won promotion via the play-offs, has put pen to paper on a one-year deal.

Naidole, the club’s second top scorer behind the departing Ash Flynn, is looking forward to testing himself in the Northern Counties East League (NCEL) Premier Division again next season.

Naidole said he never had any intention to move on and added: “I love playing for the club. We have an amazing dressing room and I still want to be part of that.

“I talked to (joint managers) Ash and Gav Connor even before the play-off games and said I wanted to stay so I’m very happy to get it signed and done. I won’t need people to ring me this summer asking what I’m doing!”

Promotion has meant a switch of leagues for Golcar from the North West Counties to the Northern Counties East and it’s a league Naidole knows well.

He said: “The NCEL can be a weird League as it’s much more physical with a different variety of football. It’s not all pretty on-the-deck stuff and it can get very physical but I am looking forward to it.

“I played in this league previously with Brighouse and we won it but that was a few years ago now. Then I played for Yorkshire Amateurs too and I’ll be facing them this time around. So overall I know the division well and I would say it’s the toughest it’s been for a number of years, but we’ll be ready.”

Despite being excited for the new season, Naidole isn’t looking forward to the pre-season training.

He said: “Ash, Gav and Skarzy have already got pre-season planned and I know it’ll be tough. Some of the lads have already begun to do a bit of training so they come back fit.

“I’m enjoying the break at the minute where I can do what I want but time is going fast and it will soon be time for pre-season again.”

Last season Naidole struck up a powerful partnership with prolific striker Ash Flynn. Flynn grabbed 33 goals in what was a terrific season for the experienced frontman but he has decided to move on.

Flynn has returned to one of his former clubs, Yorkshire Amateurs, and will come up against Golcar next season.

Naidole said: “We are good friends and in a way I wasn’t surprised at Ash leaving as there will always be clubs sniffing around trying to get his signature.

“I’ll miss our partnership as I really enjoyed what we had going last season. I’ll look forward to coming up against him next season and we’ll still be mates come what may.”

Flynn’s departure means there are big boots to fill at the Skye Direct Stadium but Golcar moved quickly to snap up Steeton’s Kayle Price, who was the 34-goal top scorer in the North West Counties Division One North, the division Golcar have just left.

Naidole believes Price (above) could be right for the Weavers and said: “The lad looks really good. He’s very fast and obviously knows where the goal is.

“To score more goals than Flynny takes some doing. I know he’s a hard working forward and can make goals as well as score them.

“He got 34 goals last season so hopefully he brings that form to us because I feel we can be very dangerous up front.” 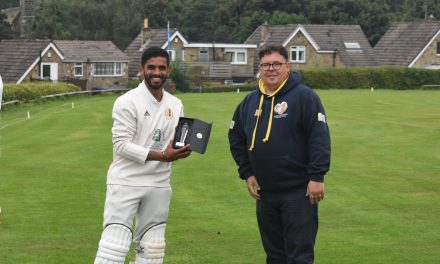 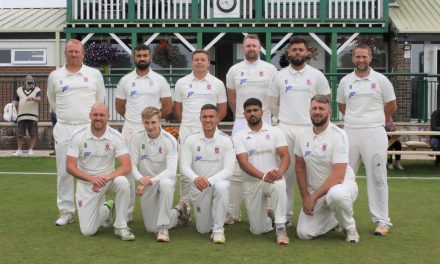 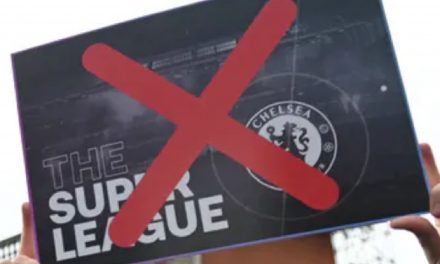