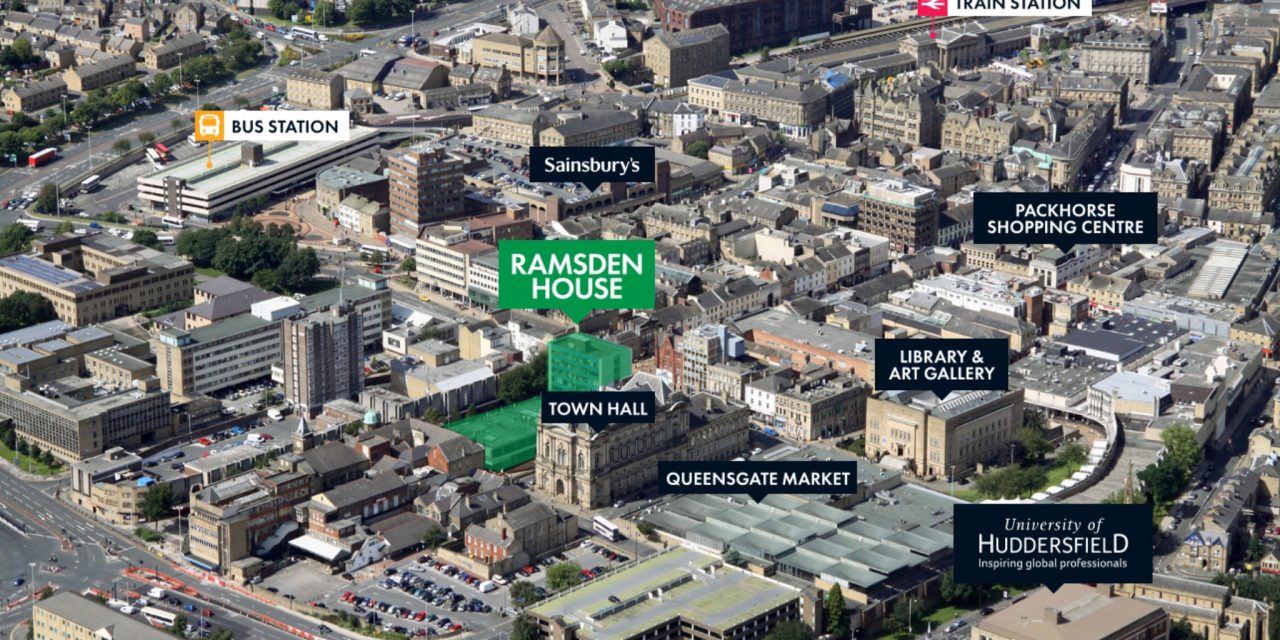 A town centre shops and office complex with permission for student flats has gone on the market for offers above £2 million.

Ramsden House next to Huddersfield Town Hall is in the so-called Cultural Heart where Kirklees Council is in negotiations to buy a mystery building.

The Cultural Heart is part of the £250 million Huddersfield Blueprint and the council has bought the Piazza shopping centre to add to the Queensgate Market which it already owned.

The council’s Cabinet gave the go-ahead for the purchase of an unnamed building at a meeting last month.

The council said it could not reveal the identity of the building due to “commercial sensitivity.”

READ MORE: Mystery building will remain a mystery – for now

Cabinet member for regeneration Clr Peter McBride said the building would be named in the “not too distant future.”

Now, it has emerged, Ramsden House – in that same strategic location – has been put on the market. Huddersfield Hub understands it is owned by a pension fund.

It is believed Ramsden House is NOT the mystery building in question, though that doesn’t necessarily mean the council won’t be interested.

The Cultural Heart is to feature a live music or concert venue and council leader Shabir Pandor said he wanted to make Huddersfield a “24-hour town.”

Ramsden House has shops and retail space on the ground and first floors and tenants include big names such as Poundland, Betfred, Max Spielmann and Holland & Barrett. Rent income is said to be £250,000 a year.

There’s also a five-storey office block which is currently empty and has planning permission to be turned into 45 student flats.

The planning permission also allows the ground and first floor to be turned into a gym.

READ MORE: The George Hotel and Huddersfield Railway Station as you’ve never seen them before

Leeds-based real estate company CBRE has been appointed to sell the freehold of the building.

In its marketing brochure it says the Huddersfield economy is reportedly worth £5.7 billion and has a “shopping population” of 239,000, ranking it 34th of the top 200 retail towns in the UK. The Office for National Statistics says there are 397,758 people living within a 20-minute drive.

In a statement Sam Potrykus, associate director for CBRE’s Operational Real Estate team in Leeds, said: “We are delighted to bring to market Ramsden House, a prime freehold asset management and redevelopment opportunity to capitalise from the ongoing regeneration of the New Street, Queensgate and Piazza districts in the town of Huddersfield.

“This Blueprint initiative will support investment and long-term growth, attracting people and businesses to the town centre, which will in turn add value to key strategic sites such as Ramsden House.” 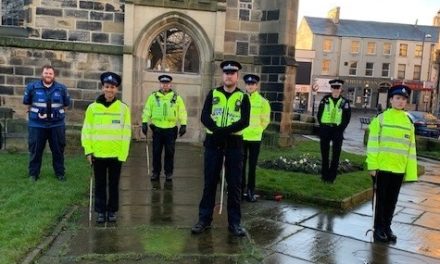 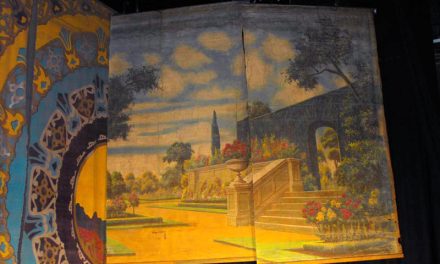 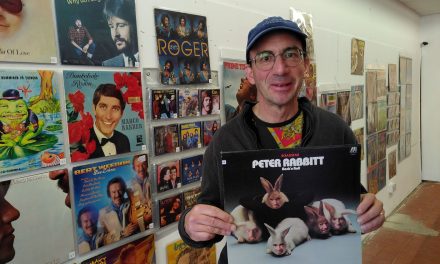 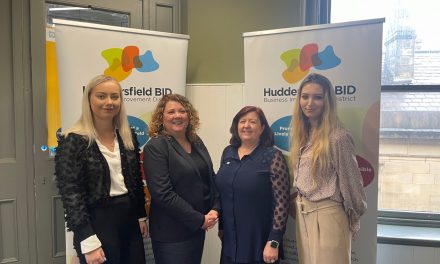