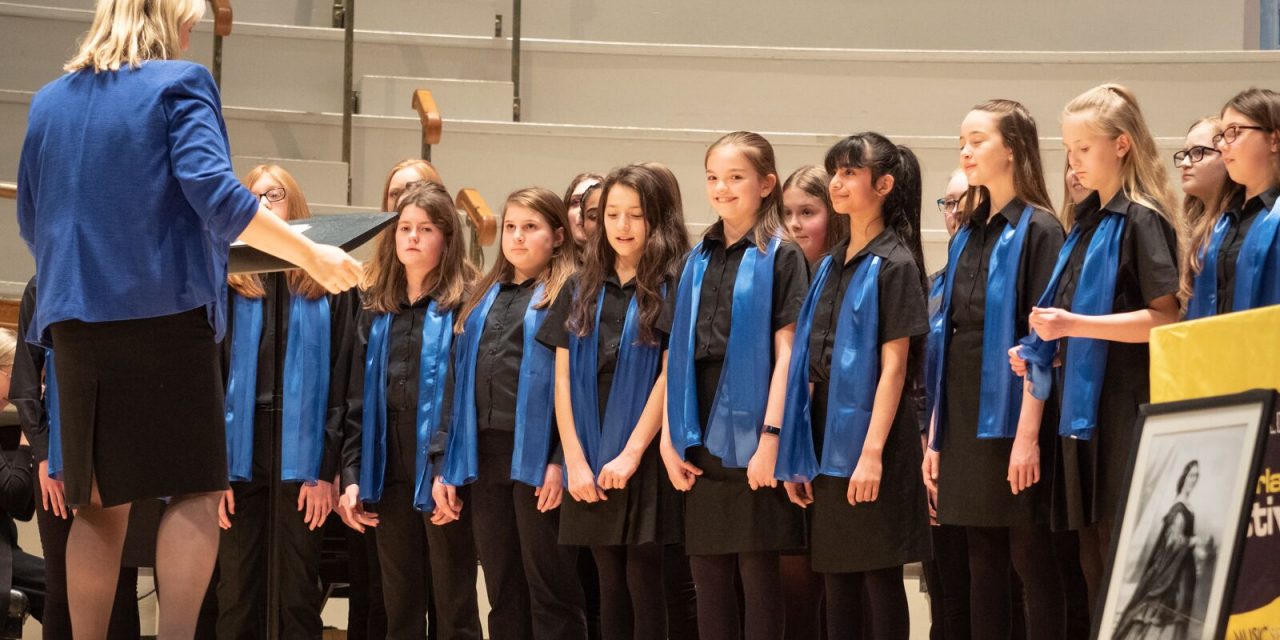 It’s embedded in the culture and history of Huddersfield and it’s been a February half-term tradition for decades.
The Mrs Sunderland Festival is a celebration of music, speech and drama and has been held in the town since 1889.
While its history is long and proud, the Mrs Sunderland Festival is not stuck in the past. It’s modern and vibrant and this year it’ll be much missed.
Last February, of course, Covid-19 was virtually unknown and the Mrs Sunderland Festival, based at Huddersfield Town Hall, went ahead with organisers and performers – like the rest of the world – oblivious to what was to happen just weeks later.
The 10-day event was a big success with 4,000 performers of all ages delivering some 5,000 performances.
Unfortunately, Mrs Sunderland 2021 has been cancelled though there will be some workshops taking place online.
The festival continued interrupted during the First World War and only one year – 1940 – was missed during the Second World War.
Festival administrator Ann Talboys said: “The planning for the following year’s festival starts as soon as the last one finishes.
“We started work on the 2021 festival in March and we made a decision in the summer that we would go ahead but without spending too much money, we’re a charity and not-for-profit.
“We launched the syllabus online in September and at that point we felt lockdown was on its way out and by February we’d be all right.”
Our hopes of a return to the kind of ‘normality’ we experienced in the summer were dashed by a second wave of the virus and later a new variant.

Ann said: “I went to the Lawrence Batley Theatre and a theatre in Scarborough and learned about their Covid-secure performances – the booking seats in advance, temperature checks, being taken to your seat, social distancing.
“I also picked up their risk assessment sheets and put together a six-page document for Kirklees to ask if the festival could go ahead.
“It went to the council’s Business Continuity Panel and they decided the festival couldn’t happen.
“They said the council was prioritising the vaccination programme and they were particularly concerned about the use of toilets and the risk of infection and also the town hall is a multi-use venue with the registrars and other council users still working and they felt they couldn’t bring other people in.
“We were told at the beginning of December and while we were disappointed at the time it was the right decision in retrospect as we would have had to cancel anyway.
“We have now refunded everyone who had paid entry fees though many of the entrants have kindly donated the fees to help the festival, which we are very grateful for.”

Despite its history and tradition, the festival has modernised significantly in recent years. Classes range from under-4s reading verse to one of Huddersfield’s male voice choirs with singers in their 80s.
There’s a Special Needs Schools workshop, run by Dark Horse Theatre Company, and also a Music for the Brain Tea Dance aimed at people with dementia and their carers.
Even the prestigious Kirklees Young Musician of the Year competition, which has a £1,000 prize for 18-24-year-olds looking for a professional music career, has had a makeover. It’s now the Young Musician of the Year and isn’t limited to the Kirklees boundaries any longer.
The Mrs Sunderland Festival is highly-regarded in the festivals world and its 11-strong team of volunteers are much in demand.
The Leeds Music School runs a regional festival and there had been rumours that the city of Leeds would love to poach Mrs Sunderland. But the grand old lady is not for turning!
“The Town Hall is a big draw in itself. Performers want to play the Steinway grand piano or sing on stage in the amazing main hall.”

Ann said: “Leeds Music School had been very impressed and we were asked if we had thought about moving to Leeds.
“But the answer is No. This is a Huddersfield festival and it is part of Huddersfield’s heritage. We had thought about moving to the University of Huddersfield, Lawrence Batley Theatre or North Light Gallery in Armitage Bridge but Huddersfield Town Hall is where we want to stay.
“The Town Hall is a big draw in itself. Performers want to play the Steinway grand piano or sing on stage in the amazing main hall.”
Kirklees Council are also keen to keep the festival in Huddersfield. The festival’s biggest expense is the hire of the Town Hall and Ann said the council had offered a reduction on the charge for 2022.
In ‘normal’ times the festival is great for the Huddersfield town centre economy with thousands of performers and supporters coming into town needing to eat and drink.

The visitors are also good for the council’s coffers as many people need to park! That theory tested the patience of drivers last February when the nearest car park – the market hall multi-storey – was suddenly closed for safety reasons just three days before the festival.
Mrs Sunderland 2021 will go ahead online with the Special Needs Schools Workshop and the Key Stage Two Workshop – youngsters in their school bubbles singing together – on YouTube.
For Ann and the other dedicated volunteers the planning for 2022 has already begun.
“It’s disappointing that we can’t hold the festival this year but we are online and it’s important we don’t lose impetus,” she said.
“The letters of support we have received have been lovely so we are very upbeat for the future. We don’t want people to forget we are here!” 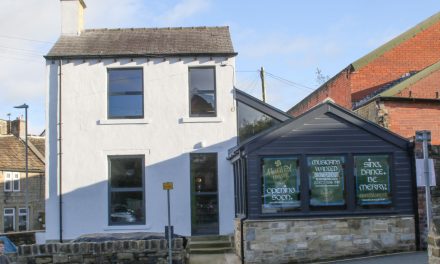 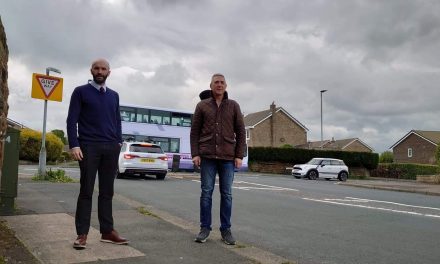 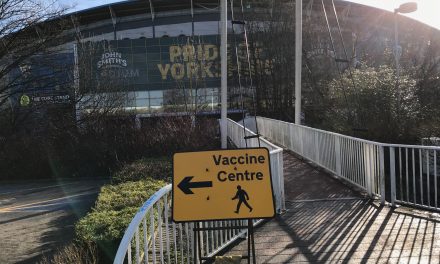 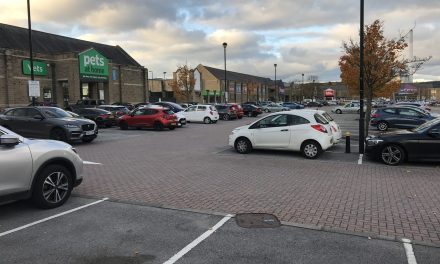