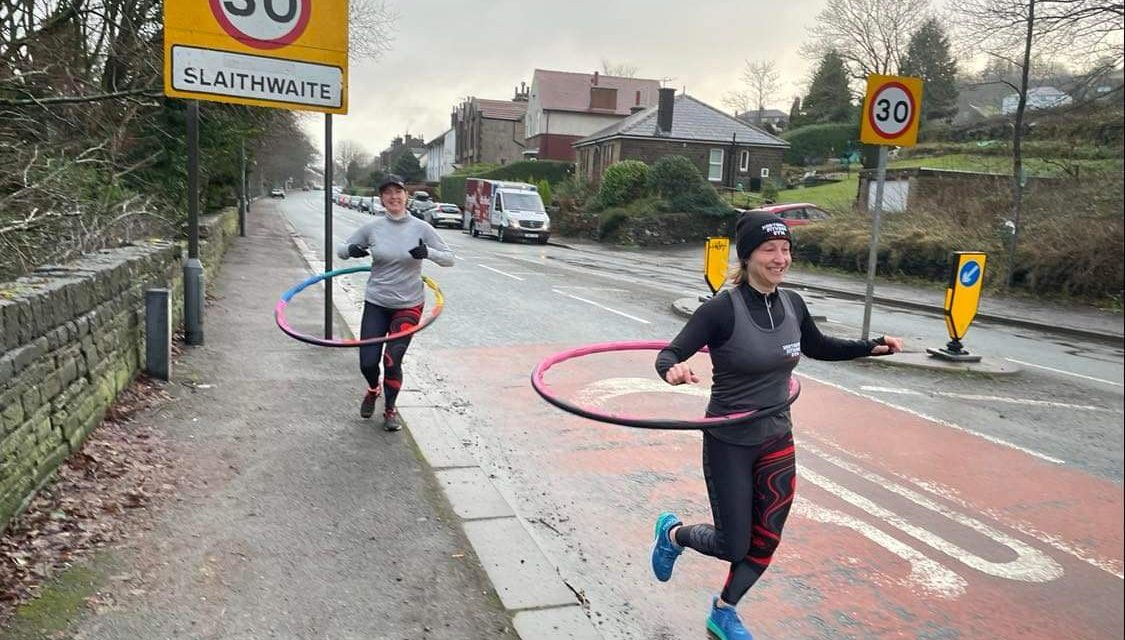 You’ve probably never seen people hula hooping while running … but it’s a sight you’re going to get used to in the Colne Valley.

For two women are to run while hula hooping 100 miles around the Slaithwaite area over the next 20 weeks to help raise money so a six-year-old Holmfirth girl with a rare form of cancer can get life-saving treatment in the USA.

Eden Smith is now undergoing intensive chemotherapy and radiation treatment here and once she’s in remission she needs to go for specialist treatment in the USA which has a far greater chance of stopping the cancer returning than what’s available in the UK.

The American treatment will cost around £250,000 and with just over £50,000 already raised the race is on to get as near the target as possible by early summer.

Many people across Huddersfield are raising money but the Northern Fitness Gym in Linthwaite has taken it to another level with 100 members pledging to raise £500 each.

Two of the members are Slaithwaite mums Michelle Smith and Elizabeth Parr who have come up with an unusual but highly visual way to raise money.

Michelle, 40, used to teach a fitness technique called power-hooping in the Colne Valley which uses a specially weighted hula hoop to tone the body and Elizabeth was one of her students.

They came up with the idea to run while hooping the 100 miles at the rate of around 4.5 miles per week. They will run from Slaithwaite to Marsden, usually early on a Sunday morning at round 9am.

But they need room to do it – around 2 metres to accommodate the hoops which weigh around 4lbs – so they have chosen that route as it has plenty of space on the pavements and few pedestrians.

Michelle, an NHS podiatrist who specialises in diabetes foot care, said: “We thought that by doing something so visual it would raise awareness for the cause to help Eden. It’s not that easy to powerhoop while moving but we aim to run, jog or speed walk the miles.

“When people see us if they can peep their car horns in support that would be a brilliant morale booster for us.”

Elizabeth, a 42-year-old architect, and Michelle have both done 5k powerhoop runs for Race For Life in Huddersfield before to raise money for Cancer Research UK.

Elizabeth says that having been invited by Northern Fitness Gym owner Kev Bower to join in with the gym’s fundraising efforts to support Eden and her family she knew she wanted to help but wasn’t sure what to do.

She said: “If I’m asking people to sponsor me I think it should be something that is a bit of a personal challenge and when Michelle suggested we dust off our powerhoops I was in. It’s hard work but great fun waving to the drivers as they pass.

“They must think we are a bit mad, but if we can raise awareness about Eden’s plight and can help to raise some of the money to provide the treatment she requires, then it’s worth it.”

Michelle and Elizabeth have powerhooped for years and they warn people not to try powerhooping while running as it can bruise and hurt the body if they are not used to it.

Michelle advises people to find a local class and undergo correct instruction. When done correctly, powerhooping is great for toning the core, helps posture, co-ordination and, in a class scenario, is a full body workout.

To sponsor Michelle and Elizabeth in what they’re doing go to https://www.solvingkidscancer.org.uk/fundraisers/northern-fitness-gym-group-

Please type HOOPING so it’s clear the donation is for Michelle and Elizabeth’s fundraising.

Support any of the Northern Fitness Gym team doing the fundraising by sponsoring them, organise your own fundraising or simply donate by text by tapping in EDENS followed by any whole amount up to £20 to 70085. It won’t matter if you leave a space before the number, if you include the pound sign or whether you use upper or lower case. 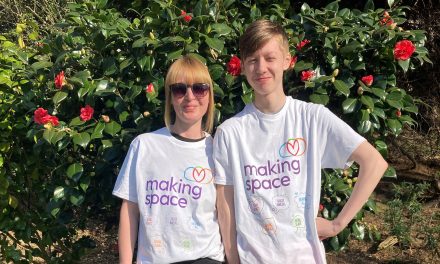 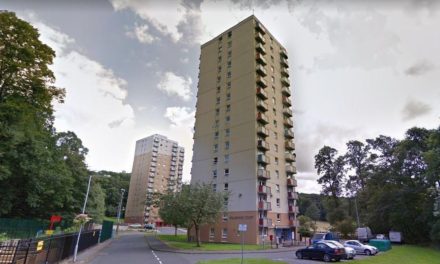 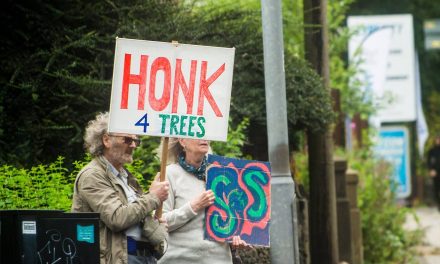