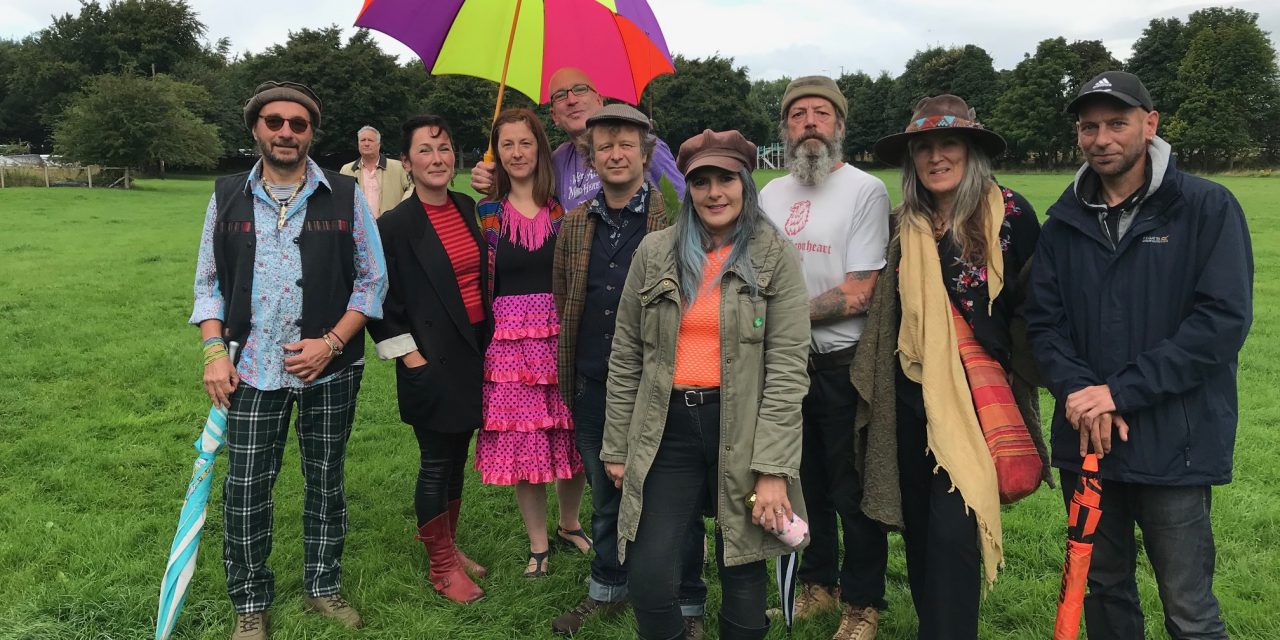 Jake Mangle-Wurzel was late for his own funeral – again.

When Jake buried his original self – Marsh-born John Gray – he was late to his own mock funeral. On Sunday, doing it for real, he couldn’t possibly be on time.

A crowd of up to 300 people gathered on the playing fields outside Jake’s Peat Ponds home at Lindley Moor Baht ‘at.

He was about half-an-hour late but no-one was counting. Instead there was lots of chatter and lots of memories of Huddersfield’s Joker Jake, a larger than life character and a complex and intelligent man.

Jake, who suffered from severe depression in the first four decades of his life, re-created himself, casting off plain old John Gray to become the colourful town jester, Jake Jonathon Zebedee Mangle-Wurzel.

It was a send-off he would have loved. Simple, unconventional, bonkers – and no religion.

The service was arranged by a small band of Jake’s closest friends, though Jake had been planning his end for years.

He’d chosen the name ‘Mary Ann’ because that had been one of his many pseudonyms in life, Mary Ann Shufflebottom.

He petitioned Kirklees Council to allow the burial on his own land and the local authority – so often the butt of Jake’s ire and frustrations – gave permission.

When he knew he was dying of cancer he planned to write his own eulogy but when the end came it came much swifter than he had thought. His last words were brief by Jakey’s standards. But have the last word he did.

After a tour of Huddersfield Jake arrived on the back of a pick-up truck. His body was encased in a green coffin on pram wheels. His last transport resembled a soap box cart from days gone by. “Jake’s Last Blast” was emblazoned on the side. “Going Nowhere Fast.”

The ‘race car’ number was 83, his age when he died on August 4. Not a bad innings for a man who had contemplated suicide more than once in his ‘previous’ life.

Jake’s pallbearers had to be strong. The soap box looked like a solid construction. At least they could roll him down the field to his final resting place.

Slaithwaite Brass Band provided the uplifting accompaniment in what was far from a sad occasion. There were smiles, laughter and – inevitably – a few tears but it was a genuine and heartfelt celebration of his life.

Everyone had a story to tell about Jake. Artist Rob Martin knew Jake for 30 years and described his home as like “Indiana Jones’ temple full of coffins, Dracula and Rasputin.”

Rob recalled: “We were once chatting outside, sat in deckchairs, and a small tornado came across the field. It was a dust devil which picked up leaves and twigs. It blew across and snatched Jake’s copy of the Examiner.

“He chased after this funnel and the newspaper went quite high. All this swirling stuff was hitting Jake in the face and he shouted: ‘It’s a phenomenon.’

“When he came back he turned to me and said: ‘Bob, if you told anybody about this they would never believe you.’ And that’s an absolutely true story.”

Back to the funeral, and as people huddled around, celebrant Dianne Hughes described the event as a “big day for Huddersfield.”

She spoke of the “wonderful man” she had bumped into a few months ago. She knew him from attending many funerals she had taken at Huddersfield Crematorium.

“He was always late,” she said. So it was fitting he was late for his own funeral.

Jake wrote his last words in July before he died at Kirkwood Hospice.

Dianne read out what he’d written. “On this day on the holy sabbath July 4 2021 may I thank again all those Huddersfield folk who appreciated the better side of Jake?

“But I have never been deluded about the downside of situations. I remember about 20 years ago in the early hours a sad and lonely woman phoned me up to say amongst other things: ‘There will be a lot in Huddersfield glad to see you dead.’

“I’d long known that, to be truthful, because of my extremely controversial, highly moralistic and anti-religious views on life.

“There are at least two distinctly different aspects to Jake’s character. One the instantaneous, irrepressible cobbling up of outrageous humour. Then the intensely serious intellectual views on the harsh realities of life which many folk dare not speak or face.

“I first became renowned as a social oddity around 1952 when I was 14 at Hillhouse Redcaps Technical School where I tried in vain to found a Moral Reformation Society and to stamp out the burgeoning outrage of lewd talk and behaviour among my peers. I became known as, among other less kindly things, the lad who cannot tell a lie.

READ MORE: RIP Jake Mangle-Wurzel – a Marmite character who was loved and loathed and knew it

“While at home my hard-working business butcher father George Arthur mockingly derided my efforts of sanctity with ‘Honest John Penny’ and we grew to hate eachother as his cruel drinking continued.

“Dear mother, on the other hand, the middle of five kids, bought me Meccano sets and steered me towards a career in engineering. Her 14th birthday gifts to me were two Puffin paperbacks titled: ‘How a Motor Car Works’ and ‘Electric Models for Odds and Ends.’

“From that point I pursued a lifetime of inventive creativity lasting until February this year when the Big C started knocking me down.

“This piece is an honest and truthful account of a bizarre life coming to an end.”

Dianne thanked Jake’s friends and those she described his “cut-price professionals” who had carried out his last wishes.

“We have to say goodbye now,” she said. “You’ve been a good friend.”

To strains of ‘On Ilkla Moor Baht ‘at’ Jake’s soap box was manhandled, with some difficulty, into his final resting place.

After that Dianne invited people to step up to the microphone and give their memories of Jake.

One of them was his wife Jackie Smith – Jake had seven ‘wives’ or was it eight to beat Henry VIII? – who told how they met when Jake gave blood.

He was proud to have donated 103 pints in his lifetime and Jackie said: “He has given me many, many, many laughs but he has also insulted me. One of his favourite names for me was Michelin Man because I am a little bit on the plump side!”

Another of Jake’s donor nurses, Kay, said Jake was her favourite donor. “He would come into the session and cause havoc,” she said.

“It was a bit of a split whether people liked him or not but people who did loved him. He was eloquent and kind and a lovely man.”

Those words really summed Jake up. He was loved and loathed in equal measure – and knew it – but either way he couldn’t be ignored.

Jake’s mourners – if that’s the right description for this rag-tag band of folk who obviously don’t take themselves too seriously – gave the man a fitting farewell. 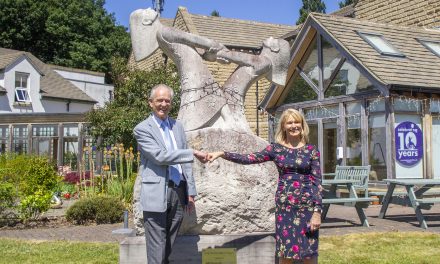 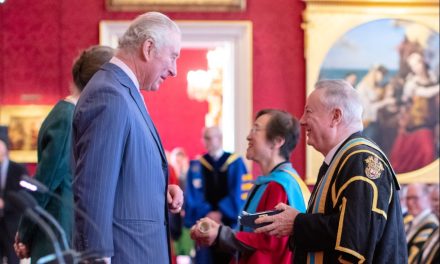 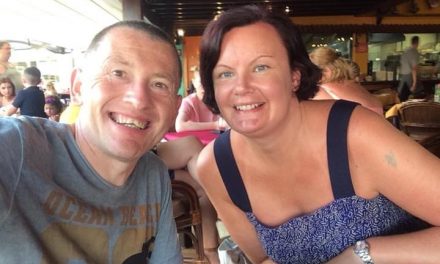 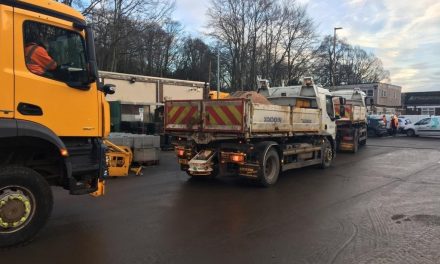