Cameron Wilkey hit 10 goals in two games for Grange Moor Saints as the new Huddersfield & District League season started with a glut of games – and plenty of goals.

Wilkey scored four goals in Saints’ 9-0 demolition of AFC Dalton and then bagged six in the 7-2 victory over Cartworth Moor.

The new season kicked off with two rounds of midweek games followed by the opening Saturday games on September 4. After last Saturday’s games some clubs have now played four matches and have a 100% unbeaten record.

Of the new clubs who have entered the League AFC Volunteers have fared best having played three and won three.

There have already been some fine individual goalscoring performances including Newsome’s Kyle Walton hitting Heywood Irish Centre for six when he scored all the goals in a 6-2 victory.

In the reserve divisions Rhys Wharam hit four for Berry Brow in their 13-4 win over Diggle while Nicky Pike also hit four for Linthwaite A in their 12-2 win over Cartworth Moor.

Joel Pusie hit four for Deighton A in their 8-2 win over Cumberworth A, while Callum Geldart also hit four for Scissett in their 7-3 win over Hade Edge A. Ben Hallitt also notched four for Kirkheaton in their 5-3 win over Flockton.

There were 25 games postponed on the first two Saturdays of the season for a variety of reasons, but none were due to the weather. The Covid-19 situation is still impacting on local football with at least six games lost due to positive test results in teams. These games will be rearranged for later in the season.

Deighton with goals from Hussain (two), Riley (two), Newell and Bedford eased past Marsden Cuckoos 6-2 whose goals came from Dolan and Keeley. Brook Motors travelled to AFC Dalton and came back with the points in a 7-3 win. Their goals came from Brett (two), Roberts (two), Silkstone, Turner and Foster.

In a high-scoring game at Huddersfield New College, Mount narrowly lost to Honley 6-4. Goals for Mount came from Drake and three second half goals from substitute Wells while Honley’s goals came from Ainley (two), Lindley (two), Edwards and Lee.

In the reserve divisions Heywood Irish Centre travelled to Paddock to play Britannia Sports and won 6-1 with goals from Balmer (two), Stead (two), Walker and an own goal.

Cumberworth A also travelled to play Britannia A and won 6-3 with goals from Rotchell (three), Moore (two) and Higham. Scissett Development were away at Hade Edge A and won an entertaining game 7-3.

In the Sheffield & Hallamshire Association Cup Holmbridge were drawn at home to Sheffield City FC from the Sheffield County Senior League and won 3-2 with goals from Carr, Hazelden and Parr. 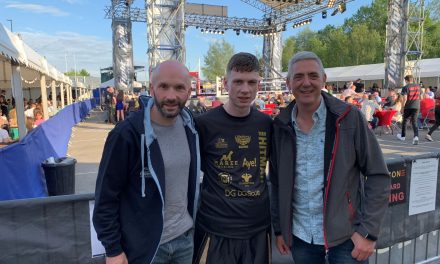 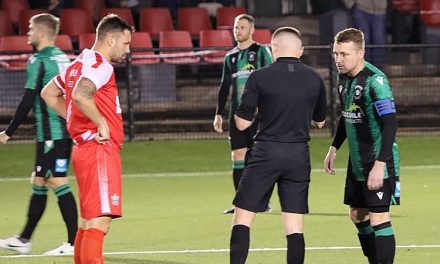 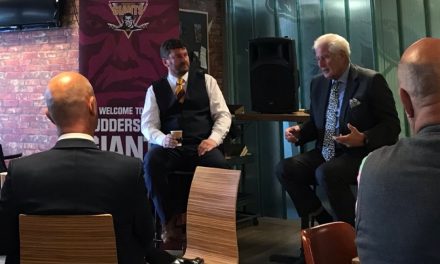 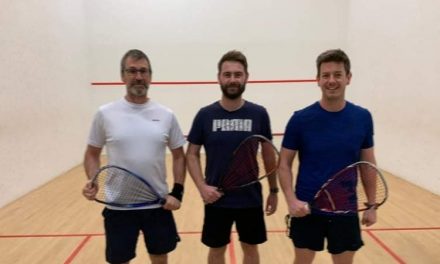