Why HTSA wants a ‘green’ stadium

The campaign aims to bring together stadium stakeholders and the local community to make sure the John Smith’s Stadium is fit for the 21st century.

HTSA launched the original campaign 18 months ago, but much of the work has had to stop due to the Covid-19 pandemic. However the Town supporters’ group now feel it’s the right time to reinvigorate the campaign.

Responding to Huddersfield Hub, a HTSA spokesman said: “Despite supporters sadly not currently being allowed into the stadium, HTSA believe strongly that the Covid-19 pandemic provides an opportunity for the club to put climate change and sustainability at the forefront of getting fans back to the stadium as safely as possible, with minimal impact on the environment. This is particularly relevant to travel to and from the stadium.

“Obviously the Sustainable Stadium Campaign was launched 18 months ago and pre-pandemic. However we believe now is the best time to reset and reinvigorate the campaign.

“With that in mind, we have contacted all the relevant stakeholders to restart meetings (remotely of course) to discuss how we can move forward to achieve our modest aims.

“We have been particularly encouraged by the willingness of Kirklees Council to engage with us on taking the campaign forward. Kirklees Council declared a climate emergency in 2019 and has a vision to make the area completely carbon neutral by 2038. We believe many of our aims can be joined together for mutual benefits, for example increasing recycling rates.”

The supporter organisation also released a statement on their website which re-stated the aims of the campaign and why they are doing it.

The HTSA statement said: “The campaign aims to help raise awareness of pollution and climate issues and tackle both by making the John Smith’s Stadium more environmentally friendly. It is backed by the Huddersfield Giants Supporters’ Association (HGSA), as well as local politicians, faith groups, and community institutions.

“Our aims are modest, but over a long period, we believe they’ll have a positive impact, not just on the quality of the local environment, but on stadium running costs. They are:

1. Phase out single-use plastics in the stadium.

2. Improve the recycling capacity of the stadium (introduction of recycling bins on the concourses etc).

3. Installation of water refill stations/and or access to free water.

4. Work with the caterers to redistribute food and other waste.

5. Improve and expand options for supporters to travel to and from the stadium in a more environmentally friendly way (cycle racks etc).

“In 2019 the Football Supporters Association’s (FSA) Annual General Meeting passed a motion which stated: ‘The FSA notes that there is a real environmental emergency affecting our planet and that football clubs and their supporters could potentially make an important contribution to tackling that.

“The association should support, develop and lead projects across football that look to improve the environmental impact of the game and work with supporters to raise awareness of environmental sustainability.’

“HTSA believes this is a reasonable response to an ongoing crisis that, one way or another, affects us all. Perhaps more importantly, it’s a crisis that compels us to work together to find practical solutions.”

Badge of honour for volunteers who were the Pride of Meltham 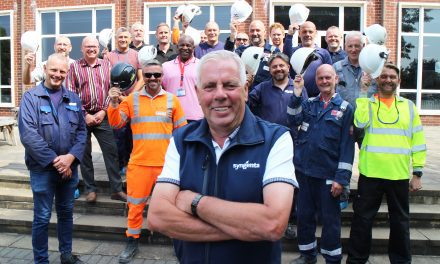 Paul Marsland is 65 today, has a remarkable 50 years’ service with Syngenta and why he’s not ready for retirement just yet 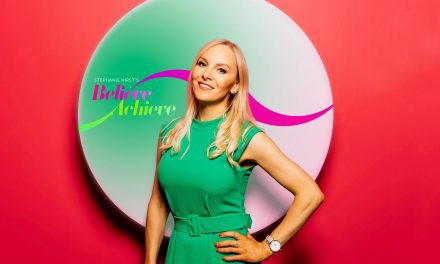 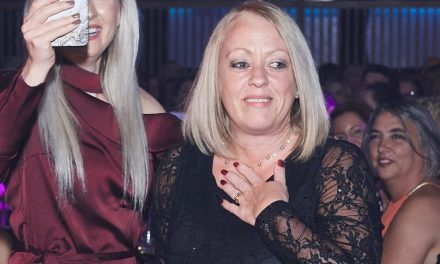