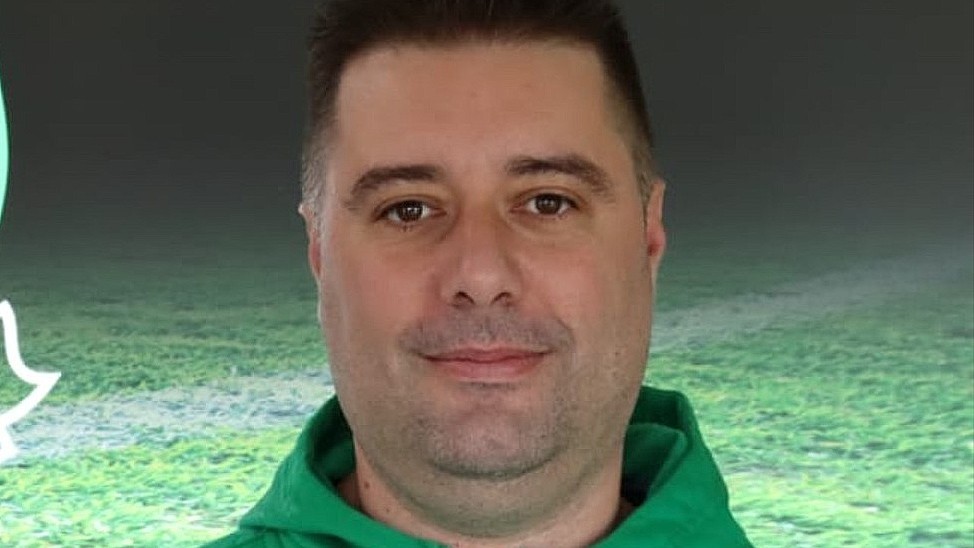 Many people don’t know about the hard work that goes on behind the scenes to keep a local football club going. However, one man only too aware is Ben Senior at Golcar United.

Ben, 40, is club secretary and has been involved with United for over a decade. Born and bred in the village he is very passionate about the club and the local community and believes it’s only going in one direction and that’s up.

“We want to keep moving forward as a club,” he said. “If you stop, you go backwards and I know Ash and Gav (Connor, Golcar managers) are really forward thinking. They are great for the club on and off the pitch and are always looking at new ways to take the club on.

“Despite wanting to grow we will always hold onto the fact that we are at the heart of the community. We want Golcar businesses sponsoring us. We want the Golcar community to come through the turnstiles to watch us and we want to hold events like junior football competitions.

“We always have been and always will be a community club. I think that’s a big part of why we get the support we do and the crowds we get at games.”

Ben, a former Huddersfield Town season ticket holder, also likes to take in the other dominant sport in the village which is cricket. He insists it’s great to see both clubs doing so well and thriving with support of the local community.

He said: “The cricket club is a big part of our community too. I go and watch them regular, and I know Steve Whitwam well. I think what him and Jack McNamara have done there has taken the club up a few levels, it’s brilliant.

“As a football club we want to see the cricket club thrive. It’s good for both of us, if you look at a lot of the juniors now whether it be for football or cricket they want to play for Golcar and they are proud to do so.”

Something that Ben and other committee members should be proud of is the fantastic junior football work the club runs. Having started with nothing they now run 10 teams with over 300 children participating.

On the junior section Ben said: “Six years ago we had no junior set up. Myself and a few others set it up and we started with just 20 kids.

“We are now up to 300 children taking part across 10 age groups. It’s unbelievable really, that number is growing too, it’s just getting stronger.”

On his time at the club so far, Ben said: “I’ve been around the club for about 13 years. I took charge of one of the teams at first.

“We played out of the Rose and Crown pub and then I moved up to control the second team. Since Ash and Gav have come into the club I have helped them on the paperwork side of things. I have been the club secretary for 10 years.”

READ MORE: Joe Skarz happy to be back home and playing at Golcar United

Having been around the club for so long Ben has now has involved his five year old son Frank who plays in the junior section. As well as hoping Golcar has a good year it’s an exciting one too for Ben on a personal level as he is marrying his fiancee Sue in October.

On his son playing for Golcar he said: “Frank has just joined the junior section. He’s only five, it’s brilliant to see him running around enjoying playing and making friends.”

Finally, Golcar are currently taking part in the Yorkshire Trophy. Having drawn their first game 2-2 with Liversedge. They need to beat Nostell Miners Welfare FC on Saturday to secure a place in the semi-finals. Whilst Ben knows how difficult it will be to win the tournament, he also looks back with pride in how far the club has come.

READ MORE: Golcar’s game against Nostell is a fundraiser for Josh Lang

He said: “It will be very hard to win it with the calibre of clubs that are in the competition. We’ll try our best to be as competitive as possible and if we did win it, it would be amazing.

“However it’s testament to where we have come from as a club. We never thought we’d be competing with some of these clubs four or five years ago.” 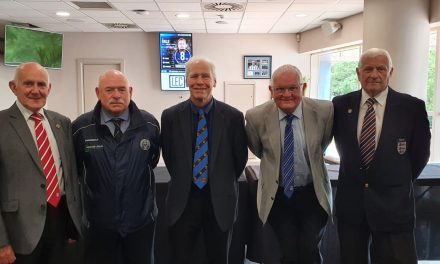 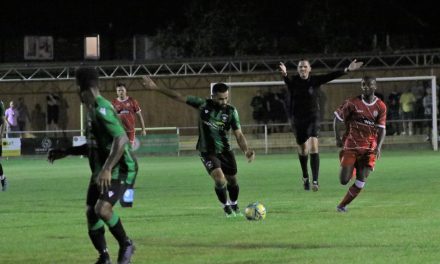 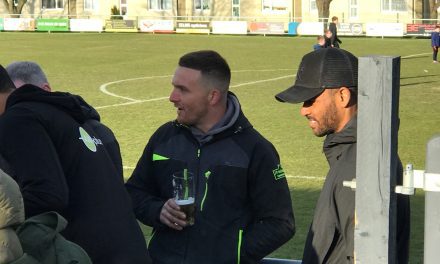 Fan gallery: Huddersfield Town striker Fraizer Campbell was in the crowd for Golcar United’s play-off semi-final – and this is why 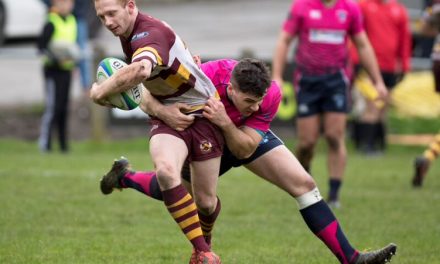