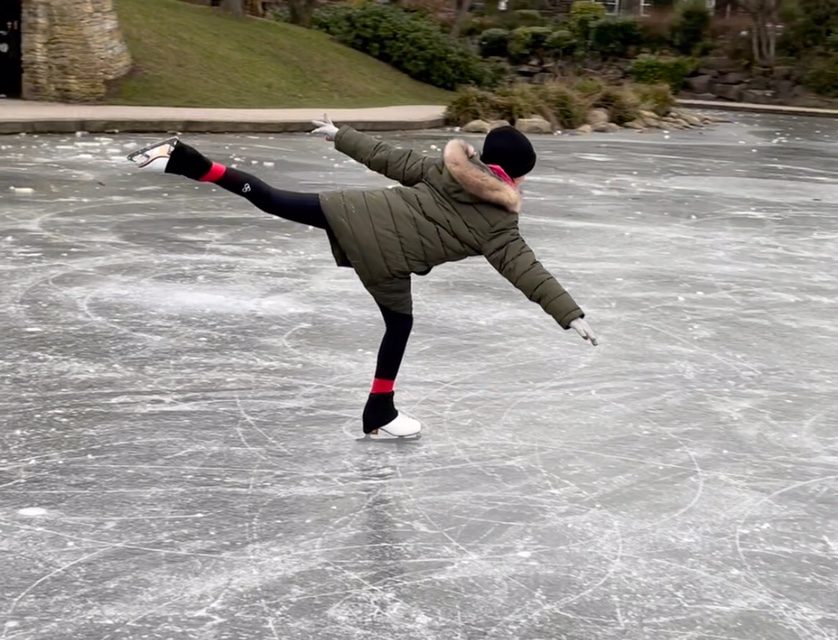 Skaters were dancing on ice – in Huddersfield’s Greenhead Park this weekend.

There were amazing scenes as the lake was frozen solid and skaters took to the ice, to the surprise and delight of families out for a walk.

The lake hadn’t been completely frozen like that in living memory – and it may have been as far back as 1889 since the lake became an ice rink.

Katrina Cliffe and her daughters Stevie, 15, and nine-year-old Jaime, are experienced skaters and couldn’t believe they could take to the ice in their home town.

On Saturday morning Katrina and the girls checked it was safe and took to the ice for two hours. Earlier a group had been playing ice hockey.

The police took a dim view, however, and while Katrina had nipped home with her youngest daughter, the police came and warned the skaters it wasn’t safe.

Katrina said: “The police came and threatened them with arrest if they didn’t stop, which was a bit annoying to say the least.

“We were confident it was safe. Yesterday the temperatures were colder than today, down to around -4C. As an adult I haven’t been able to skate since October due to the restrictions.

“But over the winter we’ve checked on what depth of ice is safe to skate on and it’s about four inches. I checked the ice and you couldn’t see any water and you could see how thick it was.

“As the heavier adult I went on the ice first to make sure it was safe before the kids got on. It was fab!

“When I was speaking to the police I told them that as ice skaters we respect the ice. We have boots that cost a fortune so the last thing we want is to ruin them by falling through the ice.”

The family have been skating for three years and the girls have been coached professionally for the last two years.

The family’s shared passion has been put on hold due to the pandemic as the Bradford ice rink where they usually go has had to stay shut.

Christine Wadeson, who regularly walks in the park, shared pictures with Huddersfield Hub and said she was amazed at the frozen lake, describing it “beautiful.”

Katrina added: “Some of the other girls skating in the park had spoken to the groundskeeper who said it hadn’t frozen like that since 1889. Amazing.” 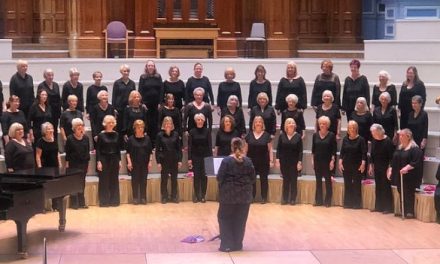 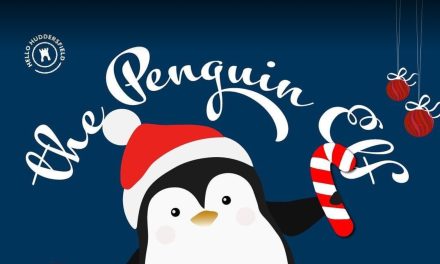 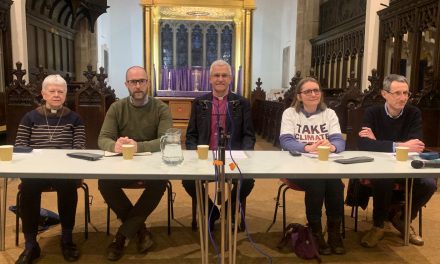 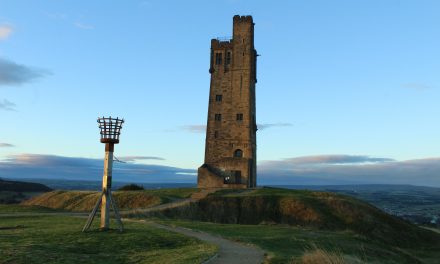