The club in Wakefield Road is currently undergoing a large-scale refurbishment ahead of a ‘soft opening’ planned for mid-December.

Business partners Richard Harrison and Andrew Hields have teamed up to create a brilliant new venue which will have live music at its heart.

Richard, 50, has run Smile Radio, an online radio station dedicated to unsigned and independent bands, from his home in Dewsbury since 2018.

When the new venue – to be called Smile Bar & Venue – fully opens the radio station will have a base upstairs where there will also be a recording studio.

Richard said: “This is something I’ve wanted to do for a number of years and it’s really exciting.

“We are creating an environment where there’s more than one reason to come here – it could be for a coffee and a panini, to see some live music, play pool or to learn about how a radio station works.”

Richard and Andrew, 36, are renting the premises and have invested a six-figure sum, carrying out much of the renovations themselves.

When the snooker club closed the duo bought all the fixtures and fittings and they’ve re-used and recycled most of the materials.

What couldn’t be recycled and used again has been sold or given away and very little has been skipped.

Richard, a painter and decorator by trade, reckons building their own stage has saved them between £10,000 and £15,000 alone.

The front of the venue will be the café bar – which will open first – and Smile has recruited Chris Hale, a MasterChef quarter-finalist in 2016, as head chef.

At the back there will be a large live music, exhibition and events space which could accommodate 1,000 people standing or 300 seated. There will be a bar and kitchen with finger food available.

Just off the main space there are three American pool tables and a social darts area. Next year there could be an outdoor area with a ‘floating pontoon’ with tables on the canal.

READ MORE: What the Kirklees Year of Music 2023 is all about

Richard estimates it will be the end of January before the live music venue is up and running as a shortage of materials has meant construction delays. Extensive work was also needed on the roof and asbestos had to be removed.

“With a shortage of materials, Brexit and so on it all has a knock-on effect,” said Richard. “The windows were supposed to be four weeks but took 11 weeks but we are getting there.

“Andrew and I have done a lot of the work ourselves. I took all the ceiling out myself and I’ve made the bar.

“We’ve tried to recycle and re-use as much as we can and, like with the stage being made from the snooker tables, we’re doffing our cap to what the building was before.”

While the venue is a commercial venture, the radio station is a Community Interest Company and there’s a social conscience to what Richard is doing.

In the recording studio he’ll be working with students from the University of Huddersfield and he also wants to reach out to other clubs and bars in Huddersfield town centre.

“If the pandemic has shown us anything it’s that we all need to help eachother, be supportive and work together,” said Richard.

Andrew is one of the owners of Tan Hill Inn in Richmond, North Yorkshire, the highest pub in Britain, and he met Richard by chance when he bought a leather trunk from him through Facebook Marketplace two-and-a-half years ago.

The pair got chatting about Smile Radio and found they had lots in common – and the result of that chance meeting is Smile Bar & Venue.

Richard said: “I am a firm believer in fate. That’s why I try not to worry about things I have no control over. We’ve had our frustrations getting this place ready but it’ll come together.”

Richard is also keen to work with Kirklees Council on the forthcoming Kirklees Year of Music 2023 but before that would love to get the American rock band Green Day back to the venue when they play the John Smith’s Stadium next year.

Green Day played one of their first UK gigs in front of around 40 people at the Top Spot Snooker Club in the early 1990s.

They are returning to Huddersfield in June next year for the postponed Hella Mega Tour and Richard said: “We’d love them to come back to the venue and do an intimate gig!”

READ MORE: How Huddersfield’s Cultural Heart is going to change the face of the town centre 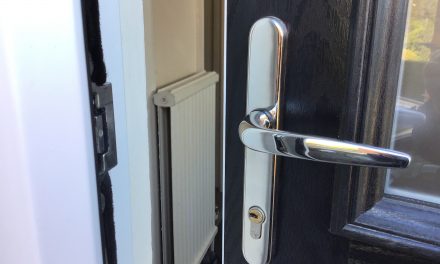