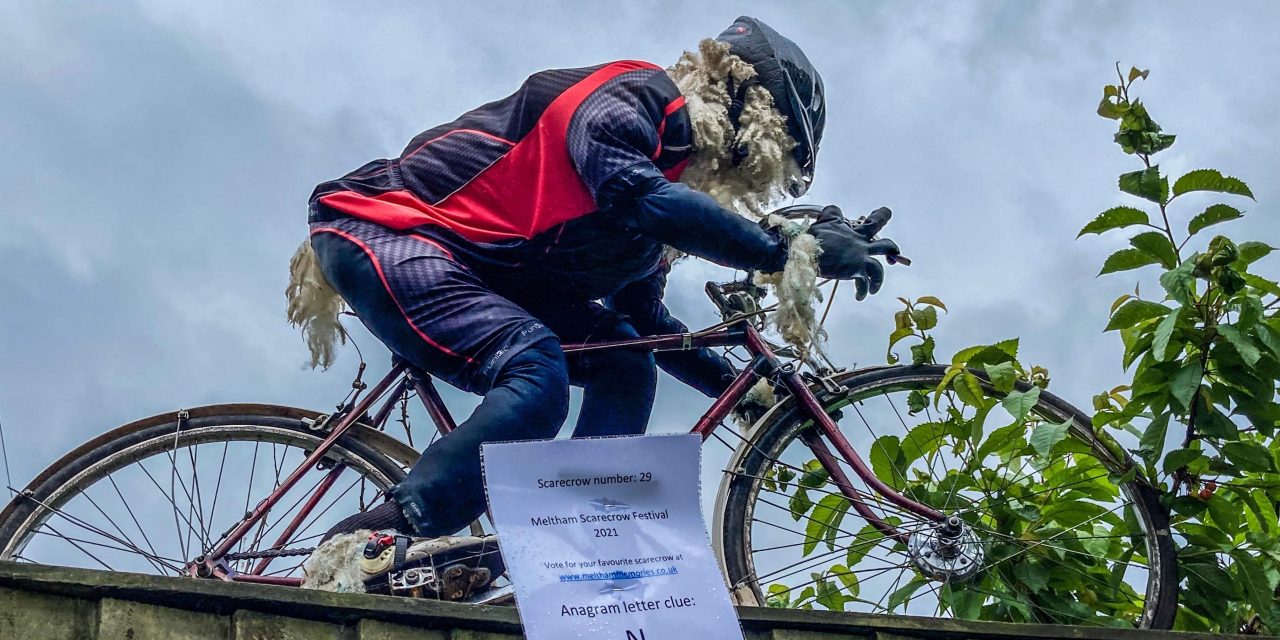 Mark, who runs MintBikes, teamed up with wife Fiona to create a scarecrow cyclist stuffed with sheep’s wool – and called him Shawn.

He sat Shawn on a bike and strategically-placed it on top of the fence at the bottom of his garden, making it look like the hapless cyclist was facing a daunting uphill task.

Shawn missed out on the prizes in the official judging but came pedalling home in first place winning the People’s Award, voted for by the public of Meltham.

Mark, who repairs, maintains and restores bikes for a living, was delighted to top the poll and said: “It means more because it’s voted for by the people.

“It’s a bit novel and we’ve generated quite a bit of interest with it. It looks like poor old Shawn is riding on top of the fence. He looks like he’s going up the hill and he looks a bit fatigued. I’ve ridden up that hill many times myself so I know how he feels!”

Shawn was surrounded by a few cheeky slogans including: “Flock me, another hill #shattered&Shawn.”

Shawn narrowly edged out NHS Duo (a doctor and a nurse) into second place with Bertie Bassett Cleaner in third.

Entrants following the scarecrow trail (and dodging the downpours) had to collect random letters and solve an anagram, which was ‘It’s Coming Home.’

Bobby Wilson solved the puzzle and was first out of the hat to win a voucher for Number 3 Tea Room.

Shawn (or Mark) wins some beer from sponsors the Waggon & Horses in Meltham with the other four winners choosing a voucher for either The Flowerbox, Gerry’s at Cafe 33 or Number 3 tearoom.

The festival had a record entry of 43 – up from 34 in 2019 – and organiser Clr Richard Noon wanted to thank everyone who made the weekend a success in spite of the weather.

Richard added: “Particular thanks go to Neill Curran who is in charge of our website this year. It wasn’t as simple as it should have been, due to the weather – thanks a million, again.

“Finally, to our small army of volunteers – thanks! We got SOAKED through to the bone!”

Shawn, meanwhile, may be sticking around for a while yet.

“He makes people smile so we’ll leave him up there for a bit,” said Mark. 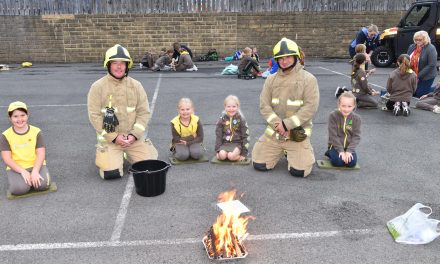 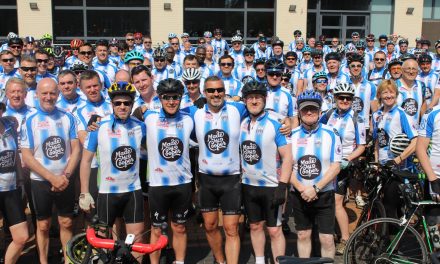 Andy Booth’s four unforgettable Pedal For Pounds moments and how you can sign up for this year’s P4P 10.5 ride to Harrogate and back 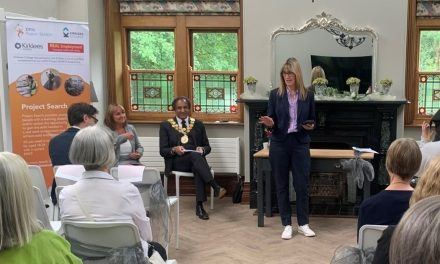 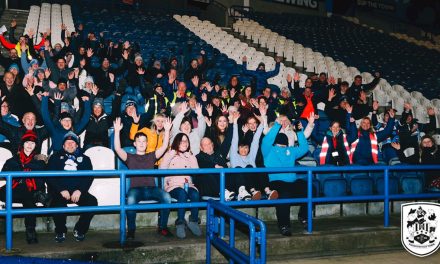 The Huddersfield Town Foundation Big Sleep Out – a night of pride, community, togetherness and fundraising