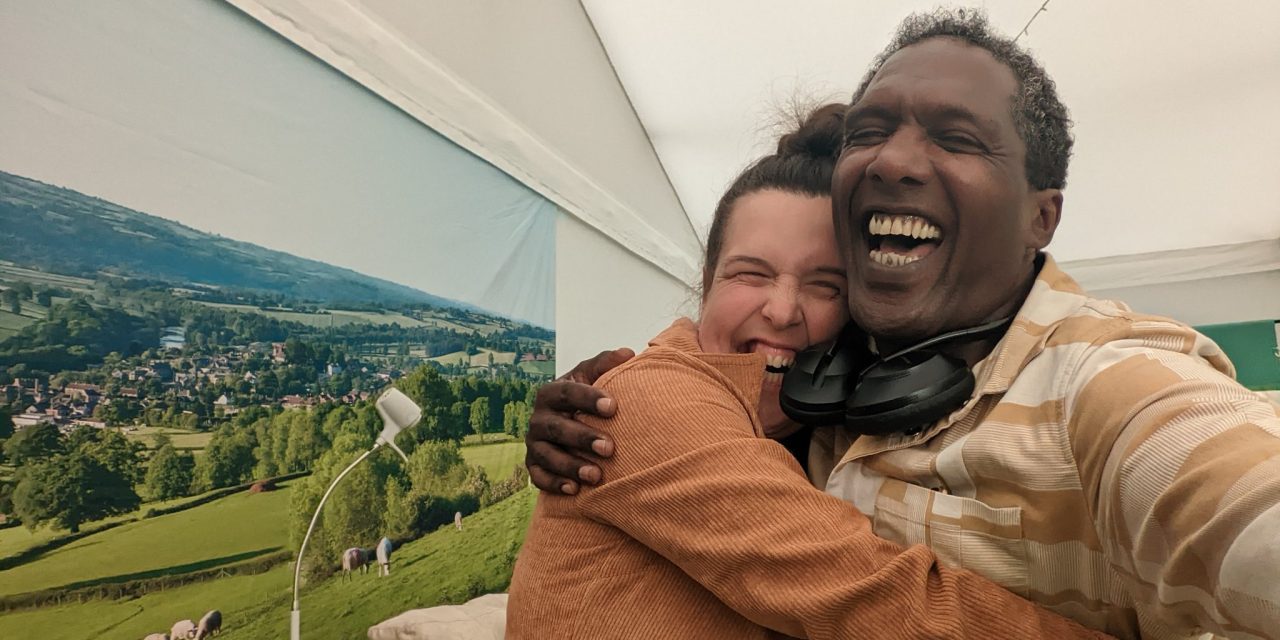 Comedian and TV actor Rosie Jones, a Grammy-winning music engineer who has toured with Stevie Wonder and Michael Jackson and a man who turned a modest motor parts business into a £30 million company are among nine people receiving Honorary Doctorates from the University of Huddersfield.

Four of the nine recipients, including Rosie Jones, are graduates of the University of Huddersfield.

Those to be honoured at the graduation ceremony in July span the worlds of entertainment, business, social justice and engineering.

Rosie has become one of the must-see acts on the UK comedy circuit in the decade since she graduated from the University of Huddersfield with a first-class honours BA in English Language and Creative Writing. After working as a TV researcher, she made her breakthrough onto the comedy scene when she was awarded second place in the Leicester Mercury’s New Comedian of The Year Award in 2018.

She has starred on shows including The Last Leg, Live at the Apollo, The Jonathan Ross Show and recently The Last Leg in Tokyo. Rosie has completed two highly acclaimed sell-out runs at the Edinburgh Festival Fringe with Fifteen Minutes and Backward.

She has written for the hit Netflix series Sex Education, had a recurring guest role in Casualty and published her first book, The Amazing Edie Eckhart, in 2021.

After graduating from Huddersfield in 1985 with a degree in Business Administration, Paul Grimwood has enjoyed an influential career in the food and drink industry both in the UK and overseas.

After beginning as an intern at the Mars Corporation, he eventually became its commercial director before moving to Highland Distillers as managing director for the UK and Ireland. He joined Nestlé in 2001, and in 20 years with the company in a range of senior roles, culminating in becoming chairman and CEO of Nestlé USA, he helped Nestlé and the wider food industry develop initiatives around environmental, sustainability, nutritional and health-related issues. He was awarded with a CBE in 2018 and lives in semi-retirement in Yorkshire.

Ground-breaking work on combatting violence against women and children plus gender equality and women’s empowerment in her native Uganda has led to Angela Nakafeero advising the University of Huddersfield’s None In Three initiative (Ni3).

Angela graduated with a Master’s from Makerere University in Kampala, and subsequently attained an Advance Diploma in Sexual Reproductive Health and Rights from Lund University in Sweden. Angela has been on the advisory board for Ni3 since 2018, helping this global research initiative to tackle gender-based violence (GBV) around the world through innovative prosocial gaming.

After receiving his Civil Engineering degree at UMIST in 1978 Nigel Fine began his engineering career with John Laing Construction where he worked on major construction projects in the UK and the Middle East.

Nigel became a registered professional engineer with the award of Chartered Engineer in 1982. He returned to university for two years and obtained his MBA from London Business School.

His professional career since 1984 has included working for International Paint as global commercial director for Marine Coatings, Andersen Consulting (Accenture) where he was associate partner responsible for Supply Chain outsourcing and Experian plc as Managing Director for Europe and Asia Pacific.

In 2009 he was appointed to his current position of chief executive of the Institution of Engineering and Technology. Nigel’s non-executive positions are: chair of the committee of Chief Executives of all the UK’s professional engineering institutions, Trustee of Engineering UK and chair of the Big Bang Board.

Andrew’s award-winning career in music has seen him work with some of the biggest acts in the world as a mixer and engineer. After starting out as a musician, Andrew found that his niche was behind the scenes, and after touring with Stevie Wonder and Michael Jackson he worked for several renowned producers including Don Was and Rick Rubin.

He has engineered or mixed for acts as varied as Metallica, Neil Diamond, Iggy Pop, U2, Green Day and Johnny Cash and has won Grammys for his work on albums by Adele, Red Hot Chilli Peppers and Ziggy Marley.

He relocated to the UK from Los Angeles in 2015, and is a member of the university’s Music and Audio Production (MAP) research group in the School of Computing and Engineering.

Hayaatun Sillem is CEO of the Royal Academy of Engineering (RAE). She has extensive leadership experience in UK and international engineering, innovation, and diversity and inclusion activities.

She has been named as one of the ‘Inspiring 50 Women in Tech’ and one of the most influential women in engineering. Dr Sillem chairs the UK government’s Innovation Expert Group and the St Andrews Prize for the Environment, and co-chairs with Sir Lewis Hamilton his Commission on Black representation in UK motorsport.

She has also served as Committee Specialist and later Specialist Adviser to the House of Commons Science and Technology Committee.

In 2002 he purchased Melett Ltd, a small aftermarket turbocharger parts business with three employees and around £250K turnover, and in 15 years grew it to become one to the world’s largest aftermarket suppliers of turbocharger repair parts.

By the time he sold the business, it had a turnover of £30m and employed 250 people across Europe, the USA and China. He subsequently took over the Bloodhound Land Speed Record Project, which recorded a top speed of 628mph in South Africa in 2019.

Ian is currently researching investment opportunities to support new start up technologies in the automotive hydrogen and autonomous vehicle sectors.

John Warhurst is a former student of the University of Huddersfield and one of the film industry’s most accomplished sound editors, supervising blockbuster film soundtracks such as Les Misérables and Bohemian Rhapsody, winning an Academy Award (Oscar) for the latter.

Originally from Brighouse, he graduated with a BMus (Hons) degree in Orchestral Composition and then continued for a Master’s degree in Electro-Acoustic Composition.

John’s skills as a music and sound editor have been heard in films such as The Lord of the Rings: The Return of the King, Charlie and the Chocolate Factory, Sweeney Todd: The Demon Barber of Fleet Street and Cats. In early 2020 he returned to the University to give an entertaining talk about how he helped recreate Queen’s famous performance at Live Aid for Bohemian Rhapsody.

Bo Yang grew up in the city of Haerbin in northern China, close to Russia. He later moved to Xi’an with his parents to China’s West Film Factory during the late 1980s to 1990s, which is where he started developing an interest in film-making. In the early 2000s Bo moved to New Zealand to study economics, before returning to China where he worked in film and television.

His work Loach is a Fish Too (2005) received the art contribution award at the 18th Tokyo International Film Festival. The feature film Wings (2011) and Feed me (2012) both received Innovation Awards at the 36th and 37th Montreal World Film Festival.

Recently Bo has been focused on popular television series for the Chinese market. 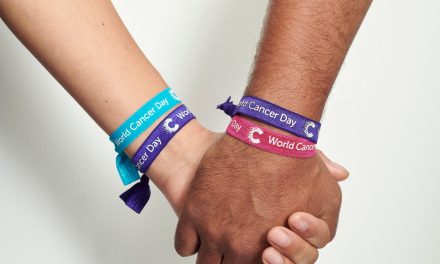 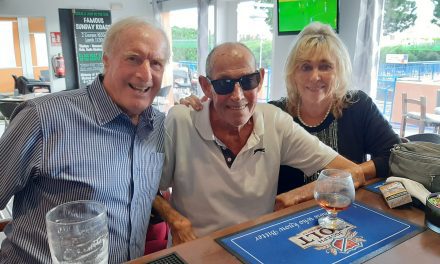 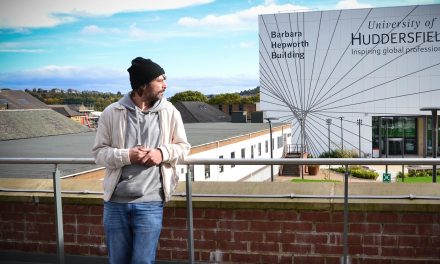 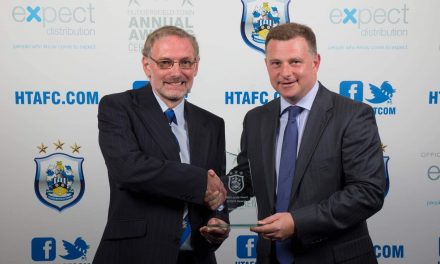